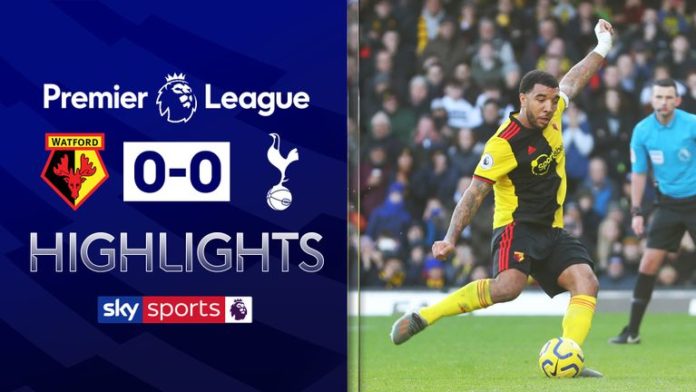 Injuries and circumstance are forcing Jose Mourinho to adapt quickly at Tottenham but can he make the change?

It was during an interview with Sky Sports in the summer that Jose Mourinho first made clear his plans to make changes in his next job. He spoke of how he would be freshening up his backroom staff in search of what he called greater knowledge and motivation. He then quoted the world’s famous evolutionary biologist to make his point.

“Recently a friend of mine told me to think about Charles Darwin,” Mourinho told Sky Sports. “He wrote: ‘It is not the strongest of the species that survives, nor the most intelligent that survives. It is the one that is most adaptable to change.’ It is important to understand the change and you adapt to it, so I would say I am really thinking about that.”

Carlo Ancelotti, early in his career and still devoted to Arrigo Sacchi’s vision of the game from his days as a player at AC Milan, came to realise that his dogmatic approach required more flexibility. Famously, he rejected Roberto Baggio at Parma in the belief that the player was unsuitable to the 4-4-2 formation to which he was committed – and came to regret it.

A less high-profile example, but one a little closer to home, comes from Ian Holloway. After losing his job at Leicester, Holloway decided that if he was going to fail then he wanted it to be fun. He proceeded to take Blackpool to the Premier League by playing an unusually attacking brand of football that entertained supporters and neutrals alike.

Ancelotti and Holloway do not have too much in common but one thing they share is that both adapted their approach in search of success that had eluded them up to that point. Making change – and persisting with that change – is an altogether different proposition when the person expected to do so is one of the most celebrated coaches in the game.

Nevertheless, that is what Mourinho set out to do at Spurs.

He is fighting against his own reputation in some respects. His reign began with a 3-2 away win at West Ham, a 4-2 home victory over Olympiakos and a 3-2 win over Bournemouth. But this was not hailed as a paradigm shift. Instead, it was seen as an amusing quirk. The old Mourinho would soon return and results since then have been seized upon by his critics.

When Tottenham took on Liverpool earlier this month, the 1-0 result in favour of Jurgen Klopp’s side was a far from emphatic victory for the runaway Premier League leaders. Spurs, without some key players, had their chances. It was still seen by some as evidence that Mourinho is yesterday’s man, unable to play the brand of football that now wins titles.

When Tottenham played out a 0-0 draw with Watford on Saturday, the focus was not solely on the fact that this was the club’s first clean sheet away from home in over a year. Instead, there was the reminder that this result ended a run of 93 games without a goalless draw. It was a third game in a row in which Spurs had failed to score. Same old Mourinho.

But this has not been the same old Mourinho. Not really. He has followed through on his intentions to freshen up the backroom staff. Joao Sacramento is alongside him, a young assistant said to have a “phenomenal work ethic” and “incredible knowledge” of the game.

Nor could it be said that Mourinho arrived without a clear plan for how to change. It was evident in his very first game that he was not going to approach the challenge by relying on reputation. Instead, he went with an interesting new tactical approach at West Ham.

Ben Davies was asked to tuck inside from left-back to form a back three when in possession, while Serge Aurier encouraged to race forward from right-back. This was an innovative use of Aurier’s strengths and an attempt to minimise the potential damage caused by his defensive weaknesses. Davies is ideally suited to this hybrid role too.

This cannot be seen as an outdated approach. In fact, Mourinho could be said to be at the vanguard of tactical fashion in this sense at least – allowing Spurs to line up with a front five just as all the top clubs seek to do. It is interesting, for example, that one of Mikel Arteta’s first moves at Arsenal was to attempt something similar with his full-backs there.

Mourinho had a plan. It has just been undermined.

Davies’ injury in that first game robbed him of a key component of this proposed new defensive structure. More recently, Harry Kane’s injury has denied him the services of Tottenham’s striker and the pivot around which the attack was built. The loss of Moussa Sissoko means Mourinho does not even have a robust midfield with which to work.

The result is that he is left with a team that he will not recognise. At Watford on Saturday, it was the team in yellow that had the hallmarks of a Mourinho team – strong in defence, combative in midfield with pace on the wings and a powerful forward up front.

All of which has hastened the need for Mourinho to adapt.

Out of his comfort zone, Mourinho is trying to find alternative solutions. Giovani Lo Celso has been used in a deeper role. Japhet Tanganga has been a surprise introduction, being utilised as a defensive problem solver because of his pace in defence. The youngster’s mere inclusion is an indication that this is not the job that Mourinho thought it would be.

Just as Mourinho’s young Manchester United team appeared ideally suited to being exposed to Mauricio Pochettino’s influence, there was a suspicion before the arrival of the Portuguese that this Tottenham squad was ripe for his attentions. Daniel Levy was seduced by that idea. This looked an experienced group for whom a trophy was long overdue.

Under Pochettino, the prevailing view was that Spurs had grown old together. From being the youngest team in the Premier League, now they were among the oldest. But Mourinho, while realising that a rebuilding job was inevitable, is unlikely to have seen this as a stumbling block to success. How could he given his track record with experienced players?

This is a man who once put 10 players on the pitch aged 29 or over in a Champions League final – and won it. This Tottenham team might seem adolescent in comparison to that Inter side. A coach who has had his frustrations with young players might have fancied coaxing a tune from Jan Vertonghen and Toby Alderweireld instead.

This defence should relish operating a little deeper. Kane does not press as before but that is no issue for Mourinho. He wants him to focus on goals. Dele Alli’s skill-set means he does his best work off the ball rather than on it. That’s fine with Jose. In Eric Dier, Sissoko and Tanguy Ndombele, there is physicality in midfield. It’s not a bad squad for this manager.

The problems so far in providing that clarity seem to be ones of circumstance as much as skill. Even without the injuries, Mourinho was being expected to change things on the fly amid a fixture list that has served up 17 matches in the first 64 days. Not ideal for a coach who hadn’t taken a job in mid-season since going to Porto some 18 years ago.

Everything that has happened in these first nine weeks in the job only serves to highlight the fact that this is a unique challenge. Will it inspire his underdog spirit or prove too much for him? He has shown a willingness to adapt but can he really adapt as much as is required?

“You cannot lose your identity, you are who you are and honestly I am so happy with who I am,” Mourinho told Sky Sports back in that summer period of reflection. “But with the mistakes you make you learn a lot. The point is, do not make the same mistakes.”

That is no longer an option. Whether by design or demand, he is going to have to do this another way now. It is a test of his management.

A test of his Darwinian instinct for survival.