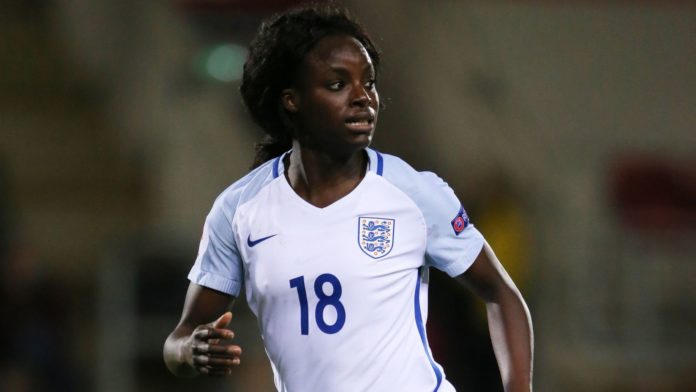 Aluko, who won 102 caps for her country, announced her retirement from football last week after leaving Juventus in December.

I am delighted to announce my new role as sporting director of @AVWFCOfficial The clubs commitment, investment & ambition towards building a leading womens program of excellence is exciting and I am proud of this opportunity to lead within the historic Villa family. pic.twitter.com/D3pFTQVU60

The 32-year-old recently completed UEFA’s Executive Master for International Players and has been preparing for a second career as a director of football.

The forward came through the ranks at Birmingham City and Charlton Athletic before making her name at Chelsea.

Aluko played in the USA for three years before returning to Birmingham, and then Chelsea for seven years, ending her career playing for Juventus.

In 2016 she made misconduct allegations against former England Women boss Mark Sampson that resulted in scrutiny of his behaviour and the FA’s handling of the complaints.

That episode concluded in October 2017 when a third investigation found Sampson made racially discriminatory remarks to Aluko and fellow player Drew Spence in what were described as “ill-judged attempts at humour”.