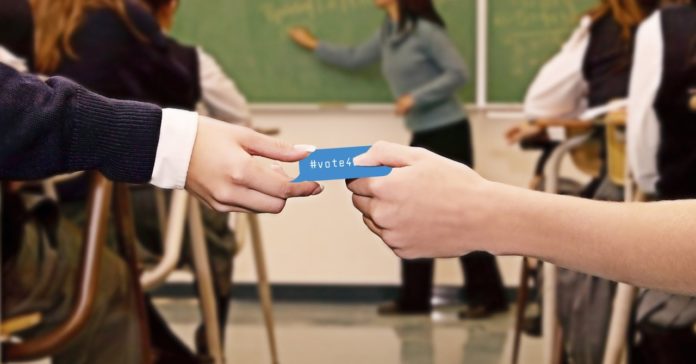 “Relational organizing is just organizing,” said Betsy Hoover, one of Higher Ground’s cofounders. “But this allows campaigns to say, ‘Now is the time for you to prioritize your network’ and, two, to say, ‘This is how that outreach impacted my outcome.’ And that’s a really important piece that gets us to another level of voter contact. That, we’re seeing, is just way more effective than the cold outreach.”

“In general, the effects are big,” said Donald P. Green, a political scientist at Columbia and one of the country’s leading experts on get-out-the-vote tactics. When it comes to raising turnout, Green explained, face-to-face canvassing is at the top of the effectiveness scale. At the bottom are spammy, impersonal techniques like mass emails, texts, and paid social media ads. But when those texts or Facebook posts are coming from someone you actually know, the early research suggests that the turnout effect can jump up to levels similar to in-person canvassing. Plus, unlike paying for an army of in-person canvassers, digital relational organizing is easy and cheap to scale.

Democrats have been quick to integrate these tools into their campaigns. In 2018, the Tuesday Company partnered with the Democratic Congressional Campaign Committee to implement its Team app in 70 “red to blue” swing districts, most of which ended up flipping to the Democratic column. Was relational organizing part of the reason for the blue wave? As you’d expect, the people behind the technology argue that it was. Somewhat more surprisingly, some of their Republican Party opponents agree.

Among them is Eric Wilson, a Republican strategist who served as digital director for Ed Gillespie’s 2017 Virginia gubernatorial campaign. Polls on the eve of Election Day showed Gillespie trailing Democrat Ralph Northam by only a few points; he ended up losing by 8.9 percent. Wilson thinks his side was outgunned on relational organizing. “There was one county just outside of Richmond that we were the first [Republican] campaign to lose in 50 some-odd years statewide, and it’s because this group of women self-organized using these tools,” he said. “And that was the wakeup call for me.”

Heading into 2020, Democrats still are far ahead of Republicans in adopting relational organizing technology. So far, some campaigns are using it in primary contests, but the real test will come in the general election, when tech-enabled Democrats find out whether their spiffy apps offer a meaningful counterbalance against Trump’s advantages of incumbency and the social media juggernaut that is his reelection campaign.

When it comes to state and local races, Wilson predicts that, similar to 2018, Democrats may have the advantage again. “There are going to be a lot of Republicans who wake up after Election Day and say, ‘How did this happen—how did I get beat?’” he said. “And it’s going to be relational organizing.”

Democrats’ relational organizing edge is part of the typical pendulum swing of political innovation. Just as Donald Trump’s 2016 campaign, lacking a traditional ground game, developed novel approaches to social media, Democrats have been scrambling since then to find new tools to win back power. “They got there first because they were having to climb back out of the hole,” said Wilson.

To help his side catch up, Wilson founded Startup Caucus, a conservative response to Higher Ground Labs, in August 2019. The fund has given money to Swipe Red, an app still in beta which aims to do for Republicans what apps like Team have done for Democrats. (Sadly, “Swipe Right” was trademarked.) One candidate giving it a spin is Mark Koran, a Minnesota state senator using Swipe Red for his state’s February caucus.