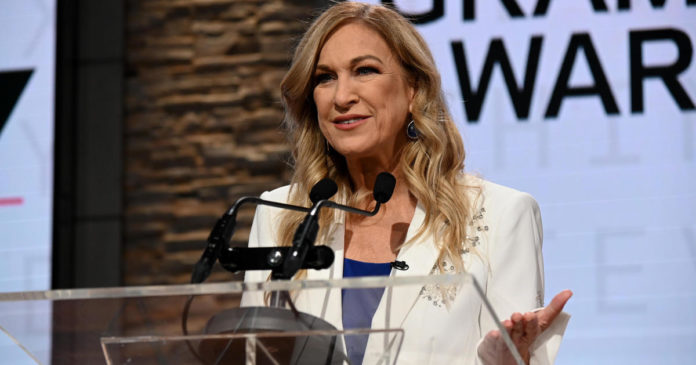 Newly suspended CEO Deborah Dugan filed a discrimination charge against the Recording Academy of Arts & Sciences just days before the Grammy Awards are set to air. Dugan alleges she was being retaliated against for reporting misconduct within the Academy, detailing several explosive claims in the 46-page complaint.

Dugan was elevated to the position six months ago and now says she wants to expose the Academy as a “boys’ club” that puts their “financial interest above the Academy’s mission.” She accused them of corrupt voting practices among other issues.

Rolling Stone’s senior music business editor Amy X. Wang told CBS News’ Jamie Yuccas: “It says a lot, that basically says the Academy misrepresented itself to the public, to its voting members, and to her when she came in.”

Some of Dugan’s most damning claims involve former CEO Neil Portnow, who was criticized for his 2018 comments that women who want a bigger role in the music industry need to “step up” in response to the outcry over the lack of female Grammy winners. Portnow later apologized for the remarks.

In Dugan’s complaint she said she learned “a foreign recording artist… had accused Mr. Portnow of raping her following a performance that she gave at Carnegie Hall.”

Wang said that this particular rape allegation is news to the media industry. “You can bet that it’s going to cast a big shadow over the recording academy for days, if not weeks to come,” she predicted.

The complaint also includes an incident involving Dugan herself, through an email sent to human resources in which she alleges she was sexually harassed by Academy general counsel Joel Katz.

Katz’s attorney told Deadline that “Mr. Katz categorically and emphatically denies her version of that evening.”

The Academy responded by attacking Dugan’s credibility in a statement, calling it “curious that Ms. Dugan never raised these grave allegations until a week after legal claims were made against her personally.”

It claimed that Dugan was ousted after the Academy launched investigations into a female employee’s complaint that she created a “toxic and intolerable” work environment and “engaged in ‘abusive and bullying conduct’.” It launched probes into both Dugan’s allegations and her alleged misconduct, and says she was “placed on administrative leave only after offering to step down and demanding $22 million.”

Dugan’s lawyers refuted the claim on Tuesday, saying it was the Academy that offered her millions to drop her allegations and leave.

Dugan further alleges that “the Grammy voting process is ripe with corruption,” detailing secret committees the group used to “push forward artists with whom it has relationships.” She said that as many as 30 artists who were not selected by the 12,000 voting members were added to the possible nomination list.

The Academy said that it “regrets that music’s biggest night is being stolen from them by Ms. Dugan’s actions.”

The Grammys are still set to air this Sunday as planned, but it seems to Wang that “the relationship between Deborah Dugan and the Recording Academy is fraying right now and there’s not putting it back together in an easy way.”