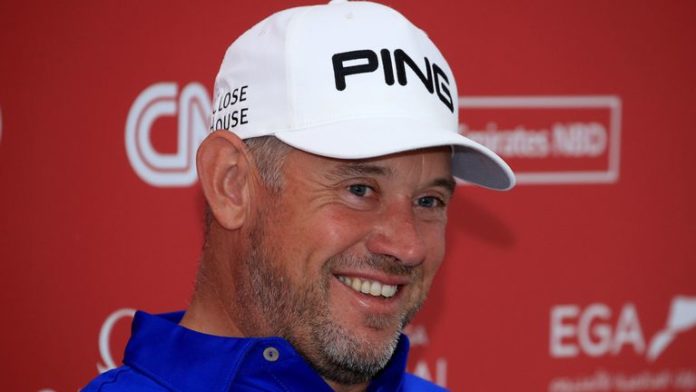 The 46-year-old registered a 25th European Tour title with a two-shot victory at the Rolex Series event, with the success seeing Westwood become only the third player in European Tour history to win events in four different decades.

Westwood makes an immediate return to action at Emirates Golf Club, where the Englishman makes his 25th appearance, with the former world No 1 looking to continue his perfect start to the season.

“I think the more you win, the more you get used to getting back to being on an even keel,” Westwood said. “A lot of people, if they are won early in their career, they struggle to bring themselves back again, but I’ve won a lot of tournaments and I’ve won weeks back-to-back.

“Obviously over the years, I’ve had to really kind of evaluate everything, take it all in, process it, if you call it that – I hate that term – and then get ready for the following week.

“The goal is to work on the mental side of the game because I feel like that part of the game, if anything, has been lacking and that’s going to enable me to play my best more often. It is basically just having to go out, try my best, have fun, and just control what I control.

“If I hit the ball straight and start holing a few putts, I’m talented enough to win tournaments. If I win tournaments, I move up with the World Rankings and move up the Money List and start qualifying for World Golf Championships and majors and possibly at the end of the year, the Ryder Cup team.”

Westwood tees off for the first two rounds alongside defending champion Bryson DeChambeau and Sweden’s Henrik Stenson, who is looking to build on last month’s win at the Hero World Challenge.

“The golf course doesn’t know if you’re 20, 30 or 40 when you’re teeing it up, right?” Stenson said. “It’s all about bringing as good a game as you can do and we know experience is a good part in this game, to have played it in different conditions over the years and different courses.

“At times we [older players] can’t really compete with the longest players in the game but we can compete with other factors and, of course, that’s something we try to do as good as we can. We certainly keep the dreams alive of winning golf tournaments.

“If your swing is not taking too much toll on your body and not wearing your back down too much, you probably can keep it going. I’ve spent a lot of time on the physical side the last ten years to try and buy myself some extra time and for recovery and practice and everything else.”

Watch the Omega Dubai Desert Classic throughout the week live on Sky Sports. Live coverage begins on Thursday from 4am on Sky Sports Golf and Sky Sports Main Event.