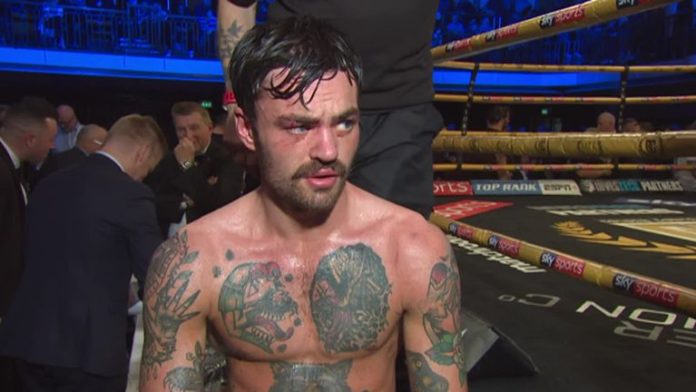 Tyrone McKenna says Ohara Davies tried to imitate him by hiring a new trainer and the Belfast man has vowed to outclass any of his Golden Contract rivals.

Davies has recently linked up with Angel Fernandez, who was a member of Anthony Joshua’s coaching team, but this switch has been mocked by McKenna.

“Ohara Davies is desperate to be me,” said McKenna, who began working with trainer Peter Taylor at the end of last year.

“He has a new coach because I have a new coach. It’ll make no difference. Angelo Dundee could resurrect himself and train him for 10 years and Ohara still couldn’t get good enough to beat me.

“I’m not worried about anything or anyone in this tournament. Under the guidance and tutelage of Peter Taylor, I’m going to clean up in this competition. Confidence is sky-high and people should be ready to see a new Tyrone McKenna.”

McKenna advanced from the quarter-finals with a wide points win over Mikey Sakyi and is not concerned about any of the remaining fighters in the draw on February 18.

He said: “I could say all the usual cliched things about cutting no corners, flying in sparring and get ready for a masterclass blah blah.

“You’ll see on February 21, whoever steps in front of me is getting either knocked out or shut out.

“As for Mimoune, I’m the solution to ‘The Problem.’ Under Peter Taylor, I’m supremely confident I’ll beat him. Jeff Ofori is coming up from lightweight and I know he’ll be training hard, but I’m simply too good to lose to him.

“Everyone knows I’m the big draw in this competition. Remember the quarter-finals? I brought a much bigger crowd over from Ireland than some fighters who live around the corner from York Hall managed to bring. That tells you about the support I have.”