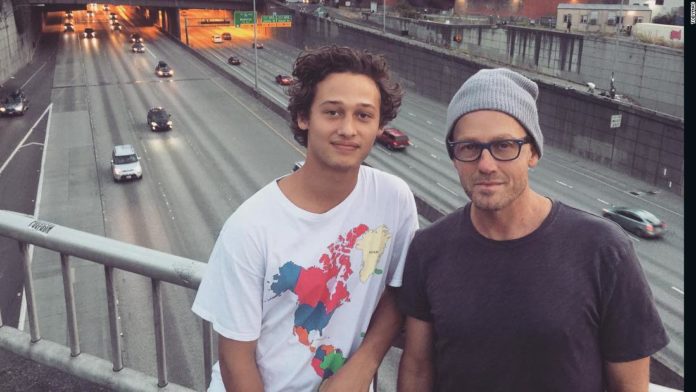 Truett McKeehan, 21, died in October at his home near Nashville.
Family spokeswoman Velvet Kelm confirmed that he died as a result of an accidental overdose of fentanyl and amphetamines.
McKeehan was the oldest of TobyMac’s five children and an up-and-coming musician who performed under the names Truett Foster, truDog, TRU and Shiloh.
He collaborated with his father on several albums and TobyMac recently released a song titled “21 Years” as a tribute to his son.
Following his death, TobyMac wrote a tribute which included memories about his final moments with his son where he watched McKeehan perform a show.
TobyMac shared a screenshot of their final text exchange in which he told his son how proud he was to see him on stage.
McKeehan wrote in response, “love you dad,” before adding, “you have always believed in me” and “make me feel like a superhero.”
“Truett Foster Mckeehan had joy that took the room when he entered,” his father wrote in his tribute. “He was a magnetic son and brother and friend. If you met him you knew him, you remembered him.”