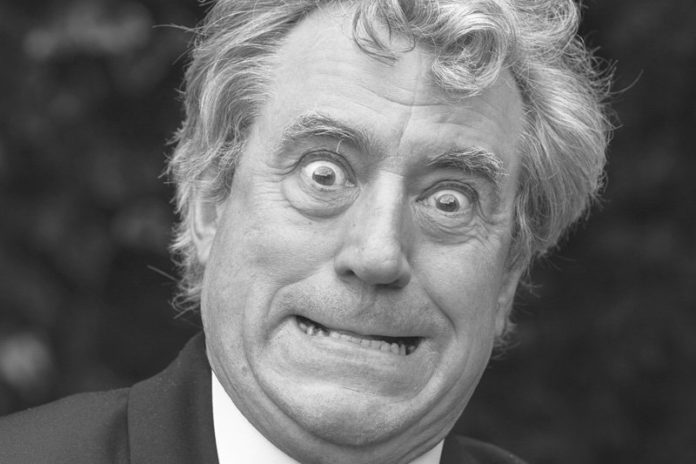 It is with great sadness that ComingSoon.net must report (via Deadline) that legendary British comedian Terry Jones, prominent member of comedy troupe Monty Python, has passed away at age 77. His legacy includes the original iconic 45 episodes of Monty Python’s Flying Circus which aired between 1969 and 1974, as well as several classic films with the Pythons which he directed including 1975’s Monty Python and the Holy Grail (w/Terry Gilliam), 1979’s Monty Python’s Life of Brian and 1983’s Monty Python and the Meaning of Life.

Python also included John Cleese, Michael Palin, Eric Idle, Terry Gilliam and the late Graham Chapman (1941-1989). Those closely linked to performing with the group also include actress Carol Cleveland and the late musician Neil Innes, who passed away less than a month ago on December 29.

Jones, survived by two wives and three children, had been suffering from the effects of dementia since 2015, and in his last few years had lost the ability to speak.

“He was far more than one of the funniest writer-performers of his generation, he was the complete Renaissance comedian – writer, director, presenter, historian, brilliant children’s author, and the warmest, most wonderful company you could wish to have,” Palin added.

Another Python, John Cleese, added: “It feels strange that a man of so many talents and such endless enthusiasm, should have faded so gently away… Two down, four to go.”

“We are deeply saddened to have to announce the passing of beloved husband and father, Terry Jones. Over the past few days his wife, children, extended family and many close friends have been constantly with Terry as he gently slipped away at his home in north London. We have all lost a kind, funny, warm, creative and truly loving man whose uncompromising individuality, relentless intellect and extraordinary humour has given pleasure to countless millions across six decades. His work with Monty Python, his books, films, television programmes, poems and other work will live on forever, a fitting legacy to a true polymath. We hope that this disease will one day be eradicated entirely. We ask that our privacy be respected at this sensitive time and give thanks that we lived in the presence of an extraordinarily talented, playful and happy man living a truly authentic life, in his words ‘Lovingly frosted with glucose.’”

In addition to the Python films, Jones helped craft the story for Jim Henson’s 1986 cult classic Labyrinth. He directed the 1987 brothel comedy Personal Services with Julie Walters, the 1989 fantasy Erik the Viking starring Tim Robbins, 1996’s The Wind in the Willows and 2015’s Absolutely Anything starring Simon Pegg.