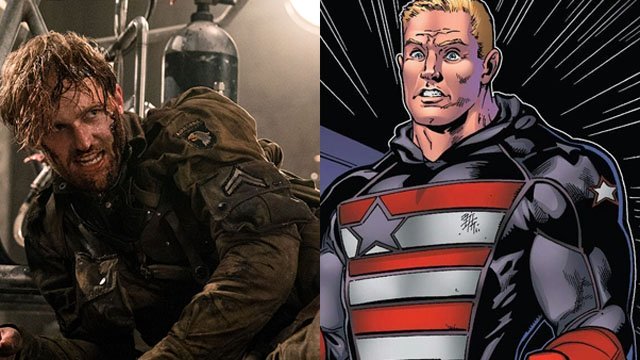 The Falcon and the Winter Soldier is currently in its third month of shooting. And despite Marvel’s penchant for keeping their productions shrouded in secrecy, the studio couldn’t keep a few sleuthy photographers away from the series’ Atlanta set. Page Six recently posted a few photos of Wyatt Russell as John Walker. Among these new shots are the first glimpses of his U.S. Agent costume. You can check them out for yourself via DiscussingFilm‘s Twitter feed below.

New set photos of John Walker in ‘THE FALCON AND THE WINTER SOLDIER’ have been released. (Source: https://t.co/FuSX772xPc) pic.twitter.com/FdhQXVm37e

Walker made his debut in Marvel’s comic book universe as Super-Patriot, a morally flexible foil to Steve Rogers. He later assumed the mantle of Captain America after Rogers resigned his role in the ’80s. Unfortunately, Walker proved too unstable to be the new Star-Spangled Avenger, and Rogers reclaimed the mantle. As for Walker, he subsequently created a new identity as U.S. Agent while taking the black costume Rogers wore as “the Captain.”

RELATED: The Falcon and the Winter Soldier Halts Production in Puerto Rico

It’s unclear why Russell’s take on Walker is wearing a sling in one of the pictures. However, his U.S. Agent outfit definitely looks like a faithful translation from the source material. Although the suit is primarily red and blue instead of black, it retains a few key features, like the stripes on his chest and the star in the top left corner. More notably, Walker is also wielding his own Captain America shield, but it remains to be seen if this is the same one that Steve Rogers gifted Sam Wilson at the end of Avengers: Endgame.

The Falcon and the Winter Soldier will premiere on Disney+ this fall.

What are your thoughts on our first look at Wyatt Russell as U.S. Agent? Do you think the costume department did a good job of bringing the suit to life? Give us your impressions in the comment section below!