Home World Staggeringly Huge, Surprisingly Small and Blisteringly Fast — Some of the Universe’s...

Some 70 percent of all stars in the universe are tiny red dwarfs, so faint and dim and seemingly humdrum the casual observer might think stellar physics suffers from a lack of imagination.

But the “average star” belies the true breadth and sheer weirdness of the universe’s stellar catalogue. Stars in the universe range from extraordinary hypergiants to stars so small they look more like gas giant planets than burning balls of hydrogen. Some stars move so fast they may leave their galaxies entirely, while theoretical stars may exist that stretch the boundaries of known physics.

From this panoply of stellar extremism we’ve chosen five examples that give you a taste of just how distinct and unique many classes of stars can be. 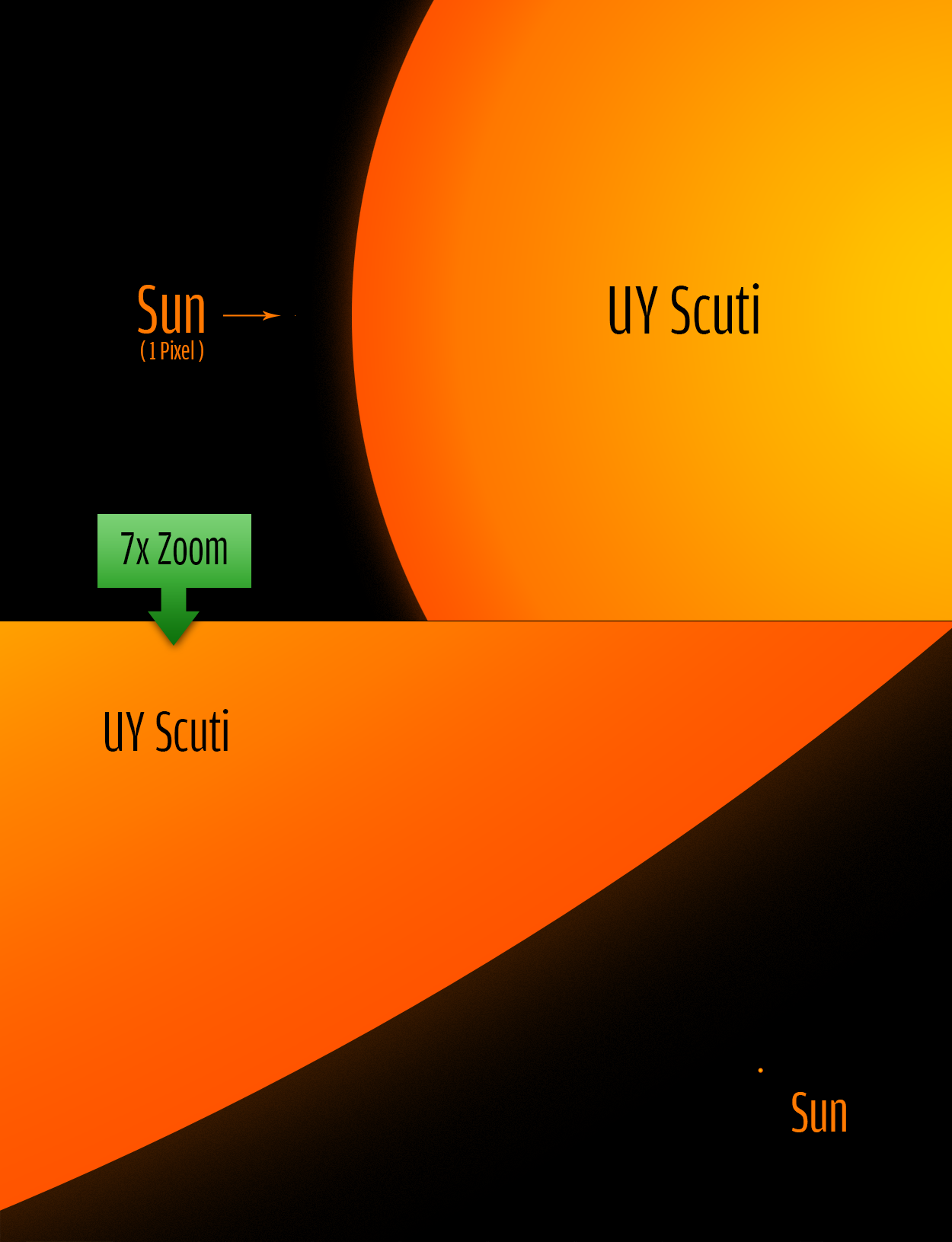 A comparison of UY Scuti and our Sun. (Credit: Philip Park/Wikimedia Commons)

UY Scuti lies some 5100 light years away in the small southern constellation of Scutum. It’s much like the red supergiant Betelgeuse but some three times larger and, like Betelgeuse, it’s expected to end life as a supernova.

Other than that, not much is known about UY Scuti. Even its distance from Earth is in dispute. Regardless, the giant star remains one of the most distant to have had its apparent (or angular) size as seen from Earth directly measured.

At roughly 315 solar masses, RMC 136a1 is the most massive star known. But despite its hulking mass, the star stretches just 30 times the radius of our Sun. It’s part of a cluster of very hot, bright stars at the center of R136, the central concentration of stars in NGC 2070, a star cluster in the Large Magellanic Cloud’s Tarantula Nebula. 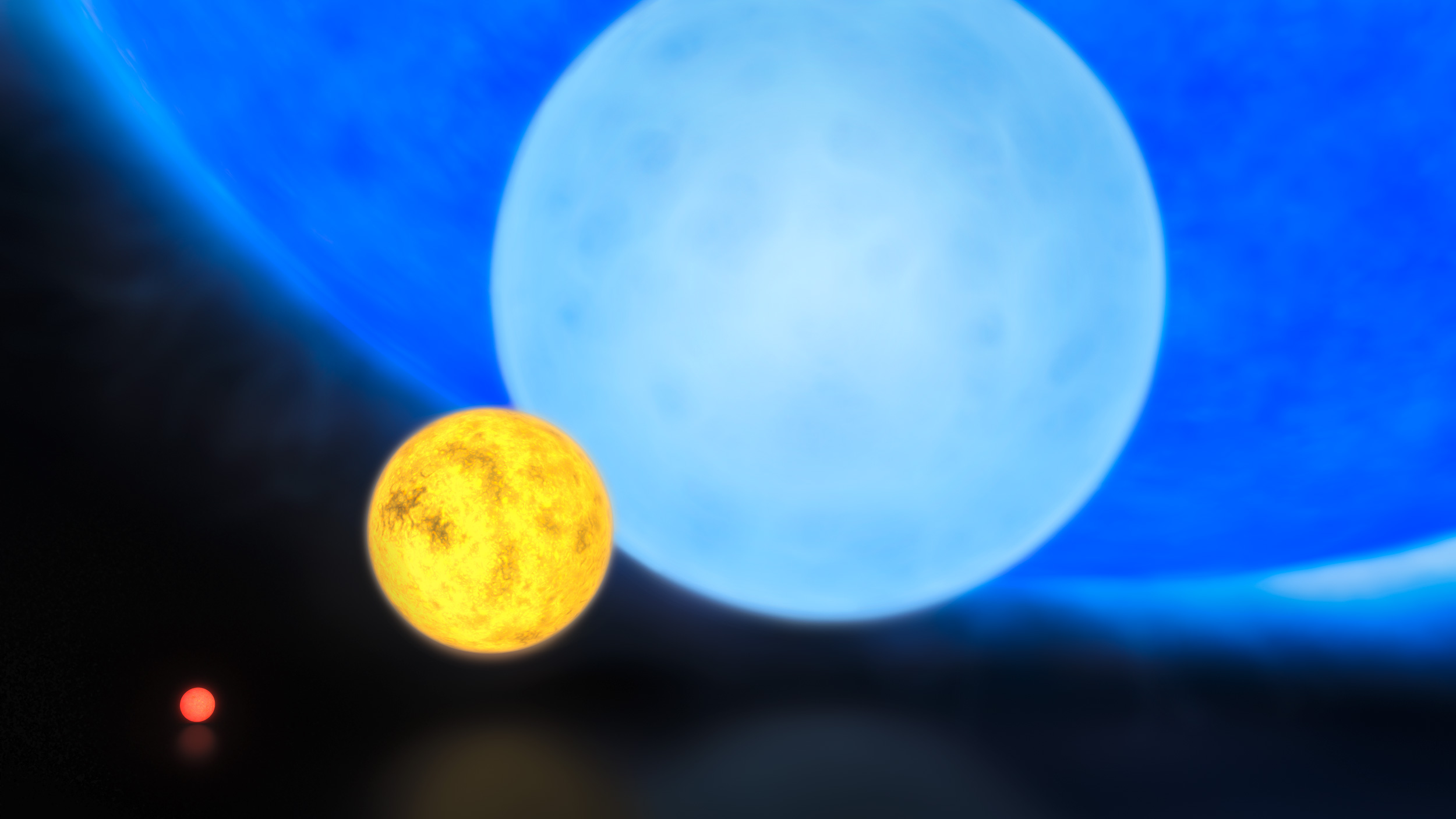 A comparison of a red dwarf, our own Sun, a B-type main sequence star and R136a1. (Credit: ESO/M. Kornmesser)

“RMC136a1 is beyond red-hot and even blue-hot; at 50,000 degrees Kelvin it is ‘purple hot’ with its radiation output peaking in the extreme ultraviolet spectrum,” says Gerard van Belle, an astronomer at Lowell Observatory in Flagstaff, in an email. Its future is as a likely supernova, he says, although one of sufficient progenitor mass that it will leave behind a black hole rather than a neutron star.

Just larger than the planet Saturn; EBLM J0555-57Ab (57 Ab, for short) has just enough mass to enable the fusion of hydrogen nuclei into helium, according to the University of Cambridge. Located about 600 light years away and part of a binary star system, 57 Ab was identified as it passed in front of its much larger companion.

A comparison of EBLM J0555-57Ab and Saturn. (Credit: Amanda Smith, University of Cambridge)

Yet the university notes that stars with sizes and masses less than 20 percent that of the Sun are poorly understood, since they are difficult to detect due to their small size and low brightness.

Hypervelocity stars are stars that are speeding through our galaxy at such a high rate of speed that most will eventually break free from the Milky Way. Until recently, scientists thought the only way stars could reach such speeds was through the interaction of a binary star system with the supermassive black hole at the center of our galaxy. 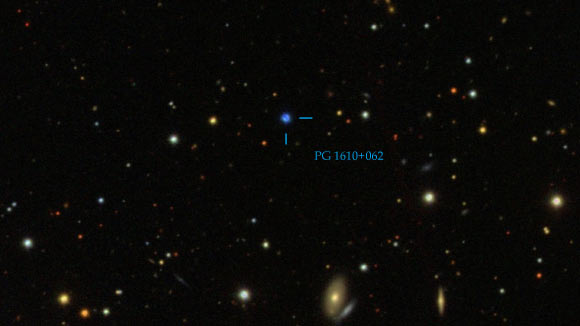 However, last year, the authors of a paper in Astronomy & Astrophysics found that the hypervelocity star PG 1610+062, a slowly pulsating blue star, is one bright enough to be studied in detail. Its origin, the authors say, can be traced back to the disk of our Milky Way. And it was probably ejected from our galaxy’s Carina-Sagittarius spiral arm, they write.

The authors think PG 1610+062 was accelerated to such phenomenal speeds after a companion star exploded in a core-collapse supernova. Alternatively, the binary pair could have gained its velocity from gravitational interactions with young and dense stellar clusters. In such scenarios where two stars are locked in orbit around each other, their interaction with other stars in dense clusters can catapult the less massive star in the binary system into a hypervelocity trajectory.

Thorne-Zytkow Objects (TZOs), which exist only in theory thus far, are thought to form when a compact neutron star is surrounded by a large, diffuse envelope of hydrogen gas , say the authors of a 2014 paper in The Monthly Notices of the Royal Astronomical Society. Supergiant TZOs are predicted to be almost identical in appearance to red supergiants (RSGs), thy say. And they have unusually strong heavy-element and Lithium lines present in their spectra.

First hypothesized to exist by theoretical physicists Kip Thorne and Anna Zytkow in the late 1970s, van Belle says TZOs are thought to come from a scenario wherein a star going supernova “kicks” its leftover core — now a neutron star — into another star.

Van Belle cautions that this is an extremely unlikely, but not impossible, occurrence. Thus, TZOs, if they exist at all, are quite rare. Astronomers do have one candidate TZO, called HV2112, located in the Small Magellanic Cloud some 200,000 light years away in the southern constellation of Tucana. 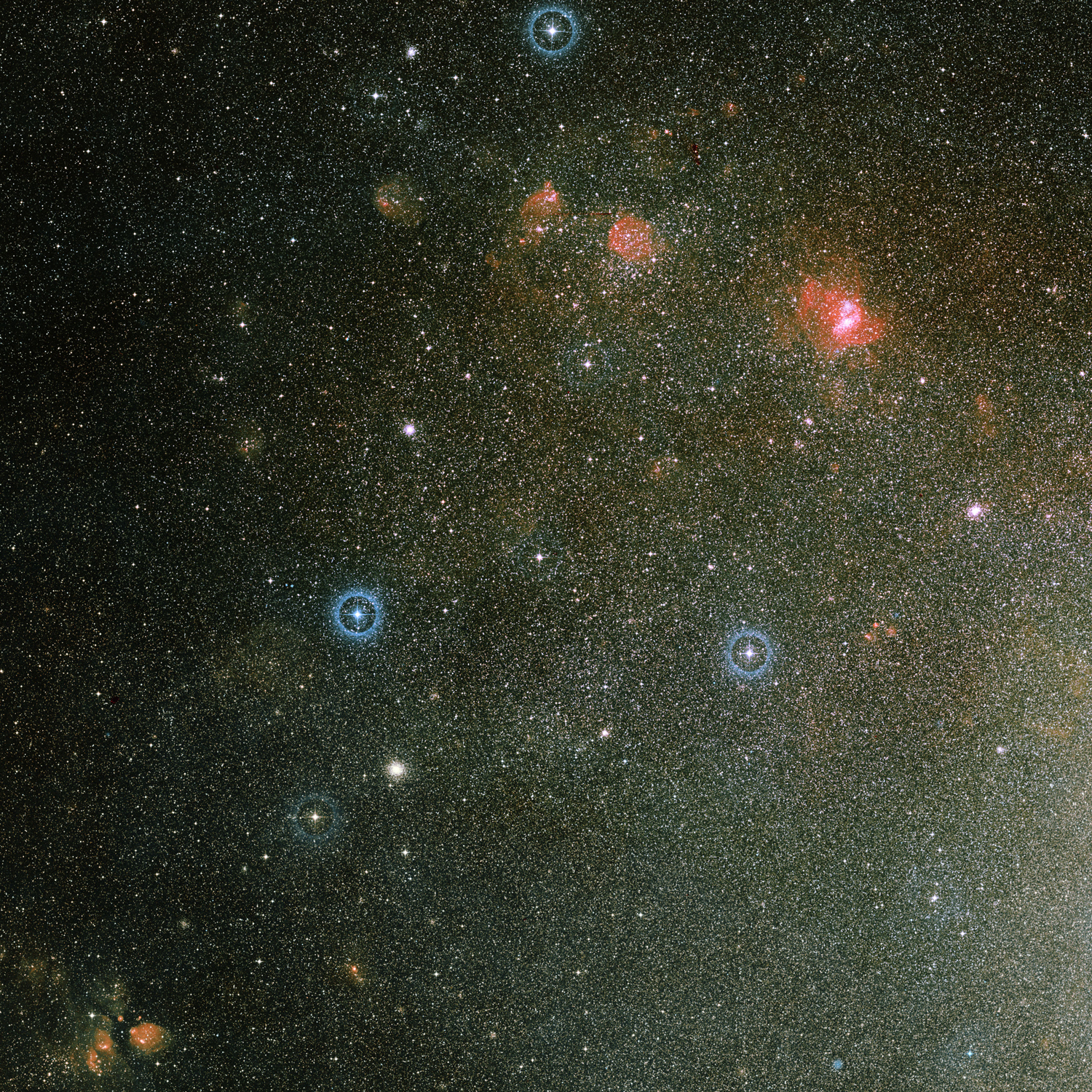 Discovered by astronomers Emily Levesque, Phil Massey and collaborators in 2014, it still hasn’t been confirmed as a bona fide TZO.

“Given that TZO models are not recent, it is difficult to confirm if HV2112 is a TZO or merely a more ‘regular’ evolved star,” said van Belle.

Finally, our Sun itself qualifies as a bit strange, even though it’s long been billed as an ordinary yellow dwarf star.

Why is the Sun odd?

Even though it’s in the middle of the range of possible sizes for stars (from roughly an eighth of a solar mass to some 100 solar masses), van Belle says that more than three quarters of all stars are less massive than our Sun.

And although half of all solar-type stars are thought to have a companion, our Sun apparently never did. In comparison to other stars in its spectral range, the Sun is photometrically pretty stable. That means the Sun’s brightness doesn’t vary by much — perhaps one factor key to the evolution of life on Earth.

And finally, van Belle emphasizes that no planetary system with a structure similar to ours has been found orbiting a Sun-like star.

As for the extreme stars above?

They are theoretically interesting but very unlikely to currently support life as we know it.