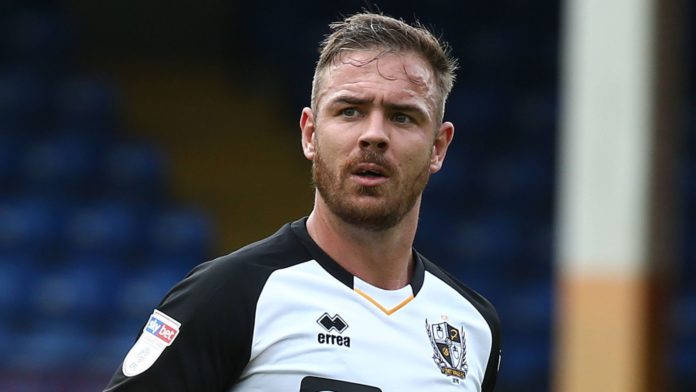 Port Vale striker Tom Pope has been given a one-match ban and fined £1,500 by the FA following an ‘improper’ comment on Twitter.

The punishment is in reference to a tweet in which Pope compared another person to the character Sloth from the film ‘The Goonies’.

“Tom Pope has been suspended for one first-team competitive fixture and fined £1,500 after a breach of FA Rule E3 was found proven by an independent Regulatory Commission,” said the FA.

“The Port Vale FC forward denied that his Twitter comments were abusive and/or insulting and/or improper and/or brought the game into disrepute.

“The independent Regulatory Commission found the charge proven on the basis that the comments were improper.”