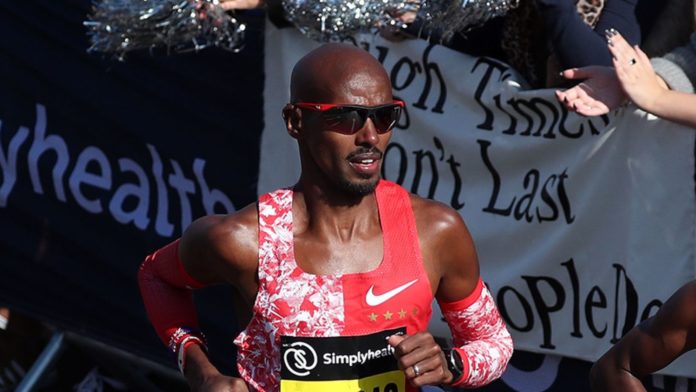 The UK’s Anti-Doping body (UKAD) has denied they declined a request from the World Anti-Doping Agency (WADA) to re-test blood and urine samples from four-time Olympic gold medallist Mo Farah.

WADA wants to investigate all athletes who trained with banned coach Alberto Salazar at the Nike Oregon Project (NOP), one of which was Britain’s Farah, the 5,000m and 10,000m champion at both the London 2012 and Rio de Janeiro 2016 Games.

The investigation comes after the American coach was banned for four years in 2019 for violations of the anti-doping rules following a probe by the US Anti-Doping Agency (USADA).

UKAD chief executive Nicole Sapstead said it would need to see “credible evidence” that there was a justification to hand over samples to any other agency.

That prompted criticism of UKAD and they have now moved to clarify their position, insisting they have not declined any requests to hand over samples and would be happy to cooperate with WADA.

“On the specific subject of the Nike Oregon Project, in November 2019 we proactively offered to assist WADA in their endeavours and to date we have received no such request for any assistance. We have been clear that we are happy to assist any anti-doping organisation including WADA.

“Some of the samples we collect are kept on a long-term basis in a storage facility, in order for us to reanalyse those samples at a future time. We are here to protect sport and protect clean athletes and cannot publicly discuss our strategy regarding the reanalysis of those samples.

“Confidentiality and personal data of athletes is centrally important, and we will not comment on individuals. We are not aware of any national anti-doping organisation that keeps all samples at all times.

“We want to reassure athletes that our active ongoing reanalysis programme takes many factors into account including keeping samples from the most high-profile sports and the most high-profile athletes, and reanalysing them when new scientific developments take place, or analysis sensitivity improves, or if intelligence such as new information comes to light.

“We want to assure athletes and the general public that catching cheats and keeping sport clean is at the heart of what we do, and we have a wide number of robust programmes including testing, investigations and education to protect sport.

“We comply with the World Anti-Doping Code, the international standards and the UK National Anti-Doping Policy and we do take action when evidence of wrongdoing comes to light.”

Farah himself said on Tuesday he is happy for any of his previous samples to be re-tested.

. I’ve seen reports of my name in connection to UKAD and WADA about sample retesting. Just to be clear, I was not consulted about this and as I’ve said many times, I am happy for any anti-doping body to test any of my previous samples anytime. pic.twitter.com/0TAr3BPMR2

“I’ve seen reports of my name in connection to UKAD (UK Anti-Doping) and WADA about sample retesting,” Farah said in a post on Twitter.

“Just to be clear, I was not consulted about this and as I’ve said many times, I am happy for any anti-doping body to test any of my previous samples any time.”

Salazar stopped coaching Farah in 2017 when the runner decided to move back to England from the United States.

Farah said at the time that the doping investigation surrounding Salazar was not the reason they parted ways. He has never failed an anti-doping test and denies any wrongdoing.

Earlier this month he said he would have been the “first one out” had he known Salazar faced a ban for doping violations.

He will return to track action this year to defend his Olympic 10,000m title at the Tokyo Games.

Salazar, who was found guilty of doping violations by United States Anti-Doping Agency (USADA), has denied wrongdoing and has appealed to the Court of Arbitration for Sport (CAS) against his four-year ban.