Home World The big differences between 4G and 5G 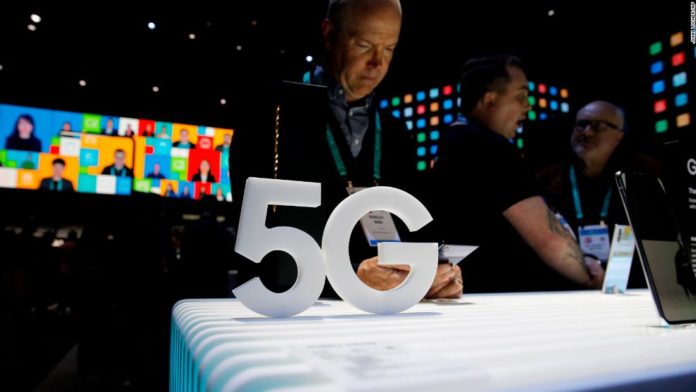 Self-driving cars are just one of the many potential applications of 5G, the next generation wireless network that is steadily being rolled out across the United States, and in other countries around the world.
Companies are racing to have the fastest or largest 5G networks. And countries are competing to be the first to deploy fully functional, nationwide 5G, because of the many revolutionary innovations experts anticipate will be built on top of it.
But wireless customers are going to have to wait a while to see any of the major benefits 5G could one day bring. That’s because a lot goes into the network to enable new technologies, including smart cities, remote surgeries and automated factories.
The three major differences between 4G and 5G are faster speeds, higher bandwidth and lower “latency,” or lag time in communications between devices and servers. But those perks are going to require building out a lot of new infrastructure and billions of dollars in annual investments.
Speed is one of the most highly anticipated elements of the next generation network.
5G is expected to be nearly 100 times faster than 4G. With speeds like that, you could download a two-hour film in fewer than 10 seconds, a task that takes about seven minutes on 4G (no more panicking while trying to download your in-flight entertainment on the tarmac before the plane takes off).
Rapid speeds have obvious consumer applications, including movie streaming and app downloads, but they’ll also be important in many other settings. Manufacturing experts talk about the possibility of putting video cameras throughout a factory, and very quickly gathering and analyzing massive amounts of footage to monitor product quality in real-time.
Those speeds are possible because most 5G networks are built on super-high-frequency airwaves, also known as high-band spectrum. The higher frequencies can transmit much more data, much faster than on 4G.
But signals traveling on high-band spectrum can’t travel very far and have a hard time getting through walls, windows, lampposts and other hard surfaces. That’s not very convenient when we want the tiny computers we carry around everywhere to continue working as we walk out of the subway station, down the street and into the office.
In order to compensate for those challenges, wireless carriers building high-band 5G networks are installing tons of small cell sites (about the size of pizza boxes) to light poles, walls or towers, often in relatively small proximity to one another. For that reason, most carriers are deploying 5G city by city — for the network to work, the city has to be full of those small cells.
It’s also probable that many buildings will get their own 5G cell sites to ensure the network functions inside.
We’ve all experienced that frustrating moment when you’re in a relatively small area with a bunch of people — a concert, sports stadium or the airport during holiday travel season — and you see the “spinning wheel of death” while trying to open a webpage or play an Instagram video.
Too many devices trying to use the network in one place can cause congestion. The network infrastructure just can’t cope with mass numbers of devices, leading to slower data speeds and longer lag time for downloads.
5G is expected to solve that issue — and then some. The next generation network is expected to have significantly more capacity than 4G. That will mean not only a better connection for everyone’s phones, so you can more easily brag on social media about being at the big game. It will make it possible to connect many, many more devices to the network.
Experts compare the 5G network to a new-and-improved freeway with more lanes for more cars to drive on. This element of the update could create increased bandwidth for the “internet of things” era, filled with connected toothbrushes, kitchen appliances, street lamps and more.
A small but significant difference exists between speed and latency, which is the time it takes for devices to communicate with each other or with the server that’s sending them information.
Speed is the amount of time it takes for your phone to download the contents of a webpage. Latency is the time between when you send a text to a friend’s phone and when their phone registers that it has received a new message. Although latency is measured in milliseconds, all those milliseconds add up when sending and receiving huge packets of information for something as complex as video — or self-driving car data.
Latency is already low with 4G, but 5G will make it virtually zero.
That will be good for such new innovations as remote real-time gaming — helping people in various parts of the world using wireless internet-connected devices play one game and all be on exactly the same page at the same time.
It will be essential for other technologies, such as self-driving cars, which will need to send signals about their environment over the internet to a computer in the cloud, have the computer analyze the situation and return signals to the car telling it how to respond. To ensure the safety of self-driving vehicles (and their passengers), that communication needs to be instantaneous.

Here’s the thing: The massive speeds and capacity and low latency of 5G relies on high-band spectrum. But high-band spectrum, with its small coverage areas, isn’t very reliable.
Even in cities where carriers say they have deployed 5G, it can be hard to stay connected to the network.
It’s probable that for quite a while, even after 5G-enabled devices become more widely adopted, people will use a mix of 4G and 5G. When you’re close to a 5G tower, your device will connect and access the superfast speeds. When you’re not, your device will revert back to running on 4G.
Other strategies for building out 5G provide greater reliability.
T-Mobile (TMUS) said last month it achieved a nationwide 5G network because, rather than using high-band spectrum, T-Mobile used mostly lower frequency airwaves to build its network. Those signals cover much wider areas and are better at traveling through walls and trees, but “low-band spectrum” doesn’t provide the dramatic benefits we think of when we think of 5G.
For now, T-Mobile’s 5G network provides, on average, a 20% increase in download speeds compared to 4G LTE, according to a company spokesperson. That’s a stark difference from the 100 times-faster-than-4G speeds on high frequency 5G networks.
Eventually, both lower and higher frequency 5G will cover much of the country and we’ll get the best of both worlds.