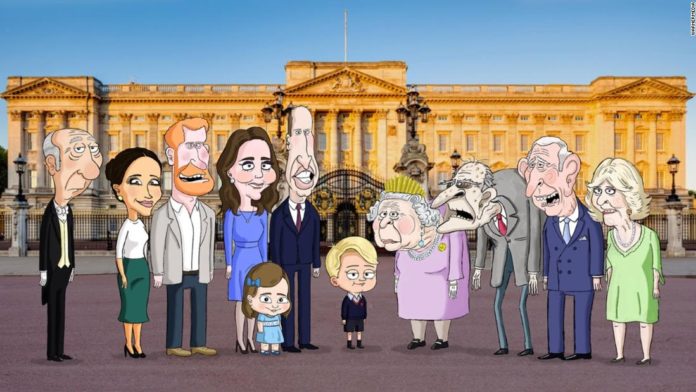 Streaming service HBO Max said Tuesday that “Pirates of the Caribbean” star Orlando Bloom will voice the character of Prince Harry in “The Prince” — a new animated comedy series from “Family Guy” writer Gary Janetti.
The series will be told from the point of view of the third in line to the throne, 6-year-old Prince George, as he navigates a very unusual childhood.
The inspiration for “The Prince” comes from humorous posts on Janetti’s Instagram page, which is filled with photos of George appearing to react to family and international news.
News of the new show comes as the royal family are firmly in the spotlight following announcements that Harry and his wife, Meghan, would be standing down from their royal duties.
“The Prince” will also feature George’s parents, the Duke and Duchess of Cambridge, his little sister, Princess Charlotte, his Aunt Meghan and Uncle Harry, and his great-grandparents, Philip and Queen Elizabeth II.
Written and executive produced by Janetti, the animation will be voiced by some of Hollywood’s own royalty. In addition to Bloom as Prince Harry, the series will feature Tom Hollander as both Prince Philip and Prince Charles, Alan Cumming as George’s butler Owen and Iwan Rheon as Prince William.
“I’m thrilled to be working at HBO and bringing them yet another series about a family ruthlessly fighting for the throne,” said Janetti.
There is no release date yet for the series. HBO Max, which is due to launch in spring 2020, is owned by WarnerMedia, the parent company of CNN.