Home Culture Kim Kardashian heard North West in a joke then decided it was... 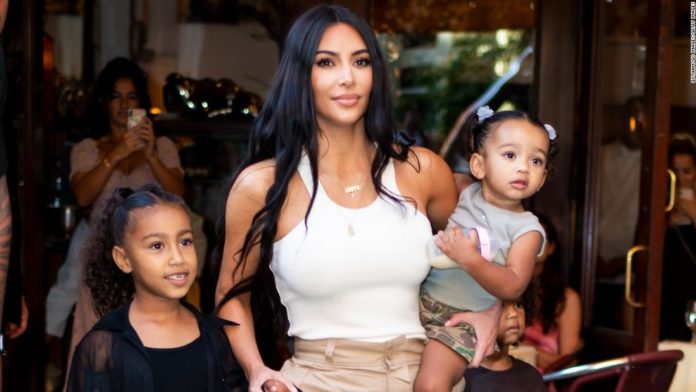 In a video posted on Kylie Jenner’s YouTube account on Tuesday, Kardashian revealed that she first heard the name during an appearance on “The Tonight Show with Jay Leno” in March 2013.
At the time, she said no way.
“There are so many rumors. That is not true,’ she said at the time. “That is not one of the names on the list.”
But now she admits it quickly became a top contender.
“I actually got it from Jay Leno, who made that as a joke,” she said, adding that within “four or five days” she and husband Kanye West had settled on it. “Everyone was coming up to me like, ‘It’s such a cool name. You should really think about it.”
Pharrell Williams also revealed to her “all these meanings” for the word, she said.
Thankfully, it fits.
“They really become the name you name them,” Kardashian added of North.
Kardashian also explained how she came up with the names of the rest of her three kids, Saint, 4, Chicago, 2, and Psalm, 8 months.
“Kanye came up with Saint,” she said. “Chicago took me like, two weeks.”
“And Psalm, you named him,” Kim told her youngest sister.