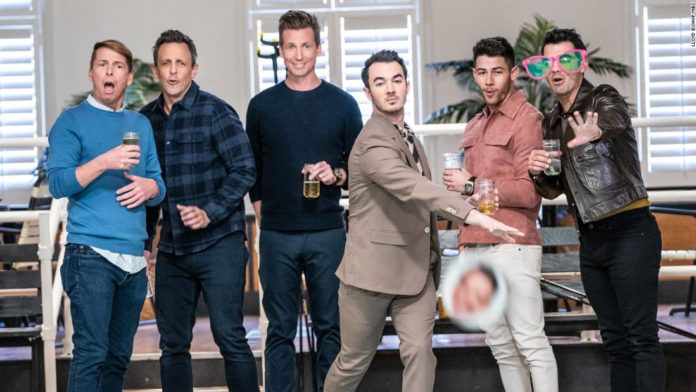 In a segment that aired on Tuesday, the late-night host took the superstar band of brothers out for a little day drinking, complete with games, some not-so-subtle references to Nick Jonas’s tequila brand and a portion that involved some five-minute song writing.
The tunes that resulted from the latter were rather filthy, not exactly hits, but totally entertaining.
Since he didn’t want to take on the trio solo, Meyers enlisted some help from his actual brother, Josh, and Jack McBrayer for the segment.
By the end, all parties are still standing, which is a win. Though, they all likely had hangovers that will last until the year 3000.

These 5 Ancient Rulers Changed the World. But Their Bodies Haven’t...