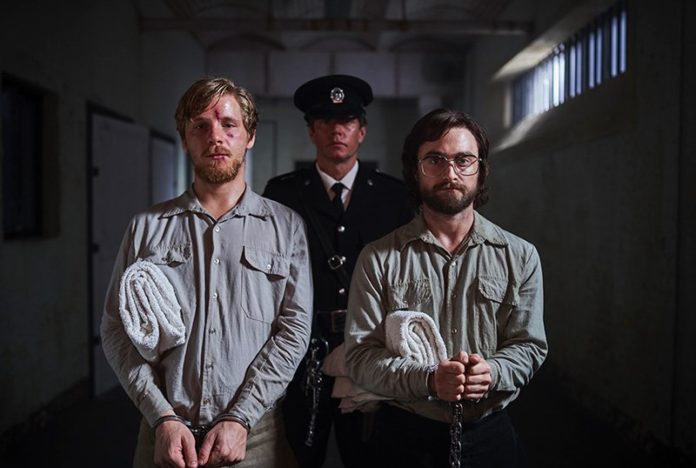 Momentum Pictures has released the official trailer for their upcoming thriller Escape from Pretoria, starring Daniel Radcliffe (Harry Potter franchise, Guns Akimbo, Miracle Workers) and Daniel Webber (The Punisher, The Dirt). You can check out the trailer now in the player below!

Escape from Pretoria is the true story of Tim Jenkin (Radcliffe) and Stephen Lee (Webber), young, white South Africans branded “terrorists”, and imprisoned in 1978 for working covert operations for Nelson Mandela’s banned ANC. Incarcerated in Pretoria Maximum Security Prison, they decide to send the apartheid regime a clear message and escape! With breath-taking ingenuity, meticulous surveillance, and wooden keys crafted for 10 steel doors, they make a bid for freedom.

Beyond a thrilling will-they-won’t-they-escape, this is the story of an oppressed majority’s struggle and two ordinary men who stood up to be counted in the pursuit of equality for all.

The film also stars Ian Hart (The Last Kingdom), Mark Leonard Winter (The Dressmaker), and Nathan Page (Underbelly). The movie was directed by Francis Annan (The Longest Drive) who co-wrote the screenplay with L.H. Adams. The project is based on Tim Jenkin’s autobiography Inside Out: Escape from Pretoria Prison.

Escape from Pretoria prison will arrive in theaters, On Demand, and on Digital on March 6.