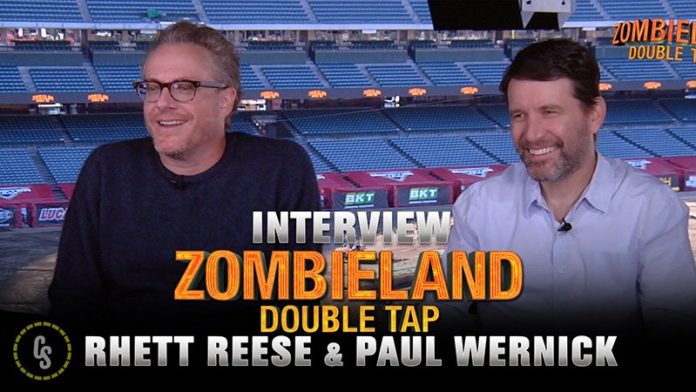 ComingSoon.net had the opportunity to sit down with Zombieland: Double Tap writers and producers Paul Wernick and Rhett Reese to discuss fun action sequences and the challenges of developing a sequel 10 years after the original. You can check out the interview now in the player below!

The movie is now available on digital release, and you can grab your DVD/Blu-ray/4K Ultra HD copy here.

In Zombieland: Double Tap, through comic mayhem that stretches from the White House and through the heartland, these four slayers must face off against the many new kinds of zombies that have evolved since the first movie, as well as some new human survivors. But most of all, they have to face the growing pains of their own snarky, makeshift family.

The sequel is directed by Ruben Fleischer (Venom) from a screenplay written by Rhett Reese and Paul Wernick (the Deadpool films).