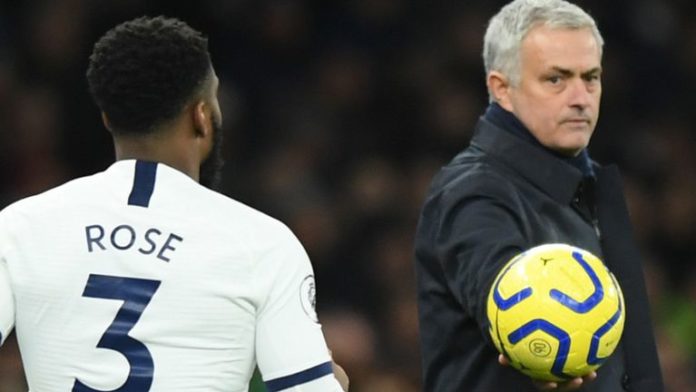 Rose, who will become a free agent after next season, has featured in just three of Tottenham’s last 14 Premier League matches. He started just one of those, a 1-0 defeat to Liverpool on January 11.

Ryan Sessegnon and Japhet Tanganga have both started ahead of Rose at left-back in recent weeks.

Ben Davies will be another option for Jose Mourinho once he returns from an ankle injury, while Jan Vertonghen can also play at left-back.

Mourinho downplayed talk earlier this week of a training ground bust-up with Rose. The pair were reported to have clashed after Rose was left out of Saturday’s 0-0 draw at Watford.

Tottenham’s preference if Rose is to leave this month is to sell him permanently rather than sending him out on loan.

Rose, who has 29 caps for England, insisted in November he intended to see out the remainder of his contract with Spurs and would not be forced out.

Spurs were understood to be keen to offload the 29-year-old last summer, and left him out of their squad for the pre-season trip to Asia so he could “explore prospective opportunities with other clubs”.

Newcastle and Watford are among the Premier League teams interested in signing a full-back this month.

Steve Bruce admitted earlier this week Newcastle are looking to sign a left-back after losing Jetro Willems and Paul Dummett to season-ending injuries.

Meanwhile, the Transfer Talk podcast will also be back with more expert analysis from here and across the continent.