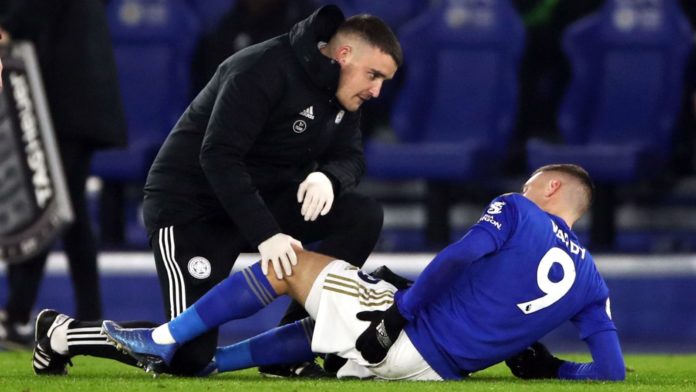 Leicester must wait on news of Jamie Vardy after the striker went off injured during their game with West Ham on Wednesday night.

The Premier League’s leading goalscorer was forced off with a hamstring injury towards the end of the first half at the King Power Stadium.

Despite attempting to come back onto the pitch and continue playing after treatment, he was eventually replaced by Kelechi Iheanacho.

The Frenchman was replaced by Wilfred Ndidi, back in the matchday squad after recovering from knee surgery in double-quick time.