Home Sport Fulham frustrated by Charlton at The Valley 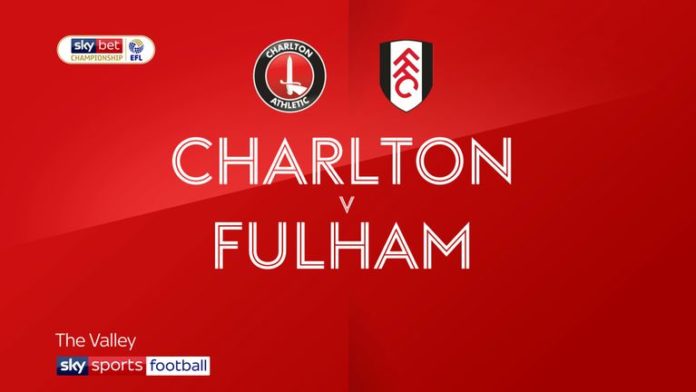 Fulham were held to a frustrating 0-0 draw at Charlton as they missed the opportunity to pile pressure on the Championship leaders on Wednesday night.

It was a point that took them to within three points of Leeds in second, and four behind leaders West Brom, albeit having played a game more than both.

For Charlton it was a rare clean sheet and a point to celebrate the new contract of boss Lee Bowyer, as he had signed a three-year deal earlier in the day.

Charlton hold firm at The Valley

Fulham dominated possession in the first half but opportunities were at a premium. Most were half-chances that fell to Bobby Reid, but on three occasions Phillips made a relatively straight-forward save.

There were six changes for Charlton in all, while key striker Lyle Taylor returned to the bench. Anthony Knockaert missed out for Fulham, with Harry Arter starting in his place.

Chances were few and far between in the second half, too. Alfie Doughty forced Marek Rodak into a decent save on the hour, and shortly afterwards Joe Bryan had a pop for Fulham, but again it was comfortable for Phillips.

Fulham boss Scott Parker had limited options on the bench, and even put on youngster Jay Stansfield late on for his league debut, but there would be no way through for his side. They did stay third, however, as Nottingham Forest also drew with Reading on Wednesday night.

Charlton’s Lee Bowyer: “I’m over the moon but I would have liked [the new contract] sooner. It has been dragging on over the past two years and I want to be part of building something at this club. I have great people around me, my staff are excellent and we all work hard.

“I’ve got fans who don’t stop singing and players who give me everything when they step onto the pitch, so why wouldn’t I want to be part of what is happening here? The new [ownership] group has come in and the chairman has said a lot of things that I like hearing so this is the place for me to be for the next three years.”

Fulham’s Scott Parker: “The game was one or two big chances. It was a one-nil game if you take a chance. We had some good control so initially I was quite disappointed but it was our third clean sheet in a row and if you don’t win the game, you certainly don’t lose it.

“That is the biggest positive. I have sat here many times this year after having a lot of control and we have come away with a defeat because they have hit us on the break. I thought we looked pretty solid.”

Man of the match: Tom Lockyer

Fulham had only failed to score in one of their previous Championship games before Wednesday night, but they were held at arm’s length for the majority of the night at The Valley. Charlton’s defence was exceptional and no one showed more commitment at the back than Lockyer – who tackled, headed, blocked and cleared everything that came his way.

Charlton have a 10-day break now before they host Barnsley in the Sky Bet Championship on Saturday, February 1 at 3pm. Fulham face a daunting trip to the Etihad Stadium to face FA Cup holders Manchester City this coming Sunday.