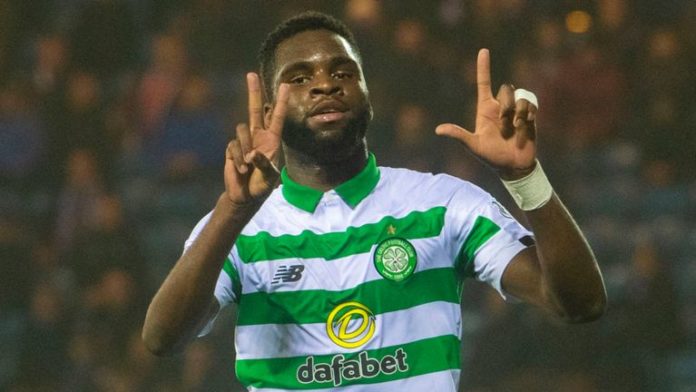 Celtic manager Neil Lennon has alleviated fears over the fitness of Jeremie Frimpong after the defender was stretchered off during their 3-1 win over Kilmarnock on Wednesday.

Frimpong initially appeared to have suffered a serious knee injury after Killie midfielder Alan Power took the ball and player in a challenge four minutes from time at Rugby Park.

“It looks like it’s hopefully just a bit of bruising,” Lennon told Sky Sports after the match.

“I don’t think there’s a fracture there at the minute, but we’ll see how it reacts tomorrow.

“It was a heavy challenge. He got caught on the follow through, so we’ll have to asses him over the next couple of days and hopefully he’ll be okay for the weekend.”

The 19-year-old Dutchman has begun to establish himself in the Hoops side this season following his move from Manchester City in September.