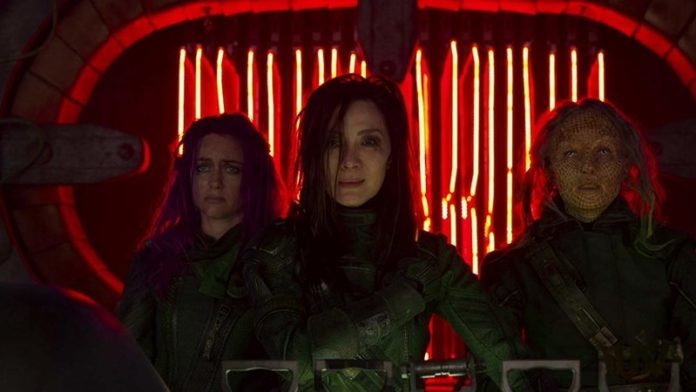 According to Comic Book, Crazy Rich Asians star Michelle Yeoh is reportedly in talks to portray a new MCU character in Marvel Studios’ first Asian-led superhero movie Shang-Chi and the Legend of the Ten Rings. Yeoh made her first appearance in the MCU as Aleta Ogord in 2018’s Guardians of the Galaxy Vol. 2.

Yeoh is best known for her roles in iconic films such as Tomorrow Never Dies, Crouching Tiger, Hidden Dragon, Memoirs of a Geisha and the acclaimed romantic comedy smash Crazy Rich Asians. She will next be seen in James Cameron’s long-in development Avatar Sequels, and in the action thriller Gunpowder Milkshake starring alongside Karen Gillan and Lena Headey.

Shang-Chi and the Legend of the Ten Rings will be led by Canadian actor Simu Liu (Blood and Water, Taken), who is set to take on the titular hero in Marvel Studios’ first Asian superhero-led movie. Joining Liu are Golden Globe-winning actress Awkwafina (The Farewell) and renowned Hong Kong actor Tony Leung, who portraying the role of The Mandarin.

Filming is expected to begin this early this year in Australia for a scheduled February 12, 2021 release.

Shang-Chi, also known as The Master of Kung Fu, was first introduced in the pages of Special Marvel Edition #15 back in 1973 after they’d failed to obtain the rights to the then-popular TV series Kung Fu, which starred David Carradine. A master of fighting, Shang-Chi eventually gains the ability to create an infinite amount of replicas of himself. After Special Marvel Edition changed its name to The Hands of Shang-Chi: Master of Kung Fu, the character went on to appear in issues of Marvel Team-Up and Marvel Two-in-One. He’s also been a member of The Avengers and Heroes for Hire, the latter alongside fellow kung fu masters Daughters of the Dragon.