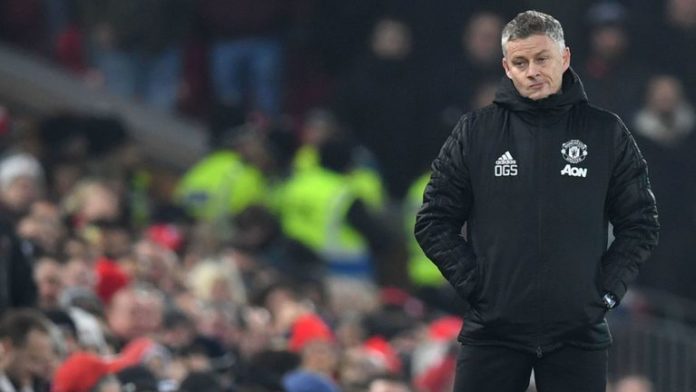 The Clarets plunged more misery on United as they beat Solskjaer’s side 2-0 to claim their first win at Old Trafford for 58 years.

It was a similar story for United as they enjoyed over 70 per cent possession and a huge amount of territory but had no end product.

Solskjaer is currently without key players Paul Pogba and Marcus Rashford through injury and is hopeful of strengthening his squad before the January window shuts.

United are willing to pay in excess of £30m for Birmingham City’s 16-year-old midfielder Jude Bellingham while Bruno Fernandes has told Sporting Lisbon he is desperate to join United.

Sky Sports News understands there remains a willingness from all parties to get a deal done for the 25-year-old before the deadline on January 31.

Solskjaer said: “I’m responsible for what is happening on the pitch, we’re looking to strengthen, we need to strengthen. We know that.

12 – Since Ole Gunnar Solskjær was made permanent manager in March, Manchester United have lost more Premier League games (12) than they have won (11). Nosedive. pic.twitter.com/GPaIthW5DU

“We took the decision to let some players go as we needed to start afresh with a clear sight on the target in front of us which is a certain type of player. We know we need to get quality in and numbers in.

He added: “We are working to improve and get players in. Hopefully, we can get something over the line. These players are stretched, and I’ve got no complaints on any of them – they give everything they’ve got.

“We’ve got to stick to our values, stick to our beliefs. And knowing that there is no use feeling sorry for yourself. Go out tomorrow, the next day with the same commitment and get ready for Sunday. We are stretched. Some of the players have played more than they should’ve – more mentally rather than psychically, they need a mid-season break.”

‘It’s down to me to get these boys going’

United could have moved to within three points of Chelsea in fourth with a win but Chris Wood’s goal and a stunning effort from Jay Rodriguez further dented their hopes of climbing the league.

Although it was only their second home defeat of the campaign, the frustration was clear to hear from the home sections of the ground.

“We didn’t play well enough – they scored their chances, we didn’t take ours,” Solskjaer said.

“It was disappointing. Lately, we’ve played better in these types of games and dominated. Today we didn’t get the first goal and that took a lot of belief out of us. Burnley do make it hard to play against them. The players are disappointed but they gave everything once again – the effort is there.

“I’m in charge, so it’s down to me to get these boys going. On the pitch we’ve got a few leaders there and there’s young players experiencing these kind of expectations. It’s a difficult period. It’s a hard period for them. They’ve only had 10-12 games some of them. Brandan (Williams) has been fantastic, Aaron (Wan-Bissaka) has been fantastic. We expect a lot of them but sometimes you understand these performances.

“We as a group didn’t perform well enough and they deserved the win.

“Today wasn’t a fair reflection on this group of the season – they’ve done fantastic at times. I can’t sit here and do anything but hold my hands up and say ‘that’s not good enough for Manchester United’ but that’s where we’re at with all the players.

“It’s not like we’ve got 10 players on the bench that we can rotate – they’ve played and they’ve done fantastic.”