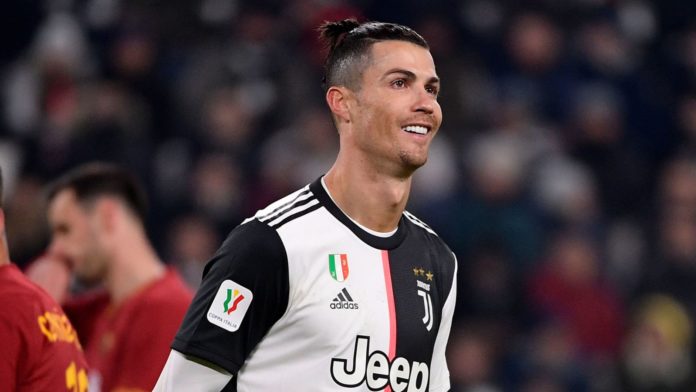 Cristiano Ronaldo scored again to set Juventus on their way to a 3-1 win over Roma on Wednesday and a place in the Italian Cup semi-finals.

Juventus, who have won the competition a record 13 times including four of the past five editions, will face AC Milan or Torino in the two-legged semi-final.

Juventus took the lead in the 26th minute when Gonzalo Higuain picked out Ronaldo on the left and he raced into the penalty area before placing an angled drive into the far bottom corner. It was Ronaldo’s 13th goal in his past 10 matches.

Rodrigo Bentancur doubled Juve’s lead in the 38th minute. He started the run from midfield, passed the ball to Douglas Costa, collected it back and managed to squeeze in a shot even though he was surrounded by a number of Roma players.

Juventus were in complete control and scored a third in first-half stoppage time as Leonardo Bonucci headed in a corner.

Roma reduced the arrears five minutes after the break when Cengiz Under’s effort bounced off the underside of the bar and in off Gianluigi Buffon. It went down as an own goal for the Juventus goalkeeper.

Buffon atoned for his error with two crucial saves in the second half.