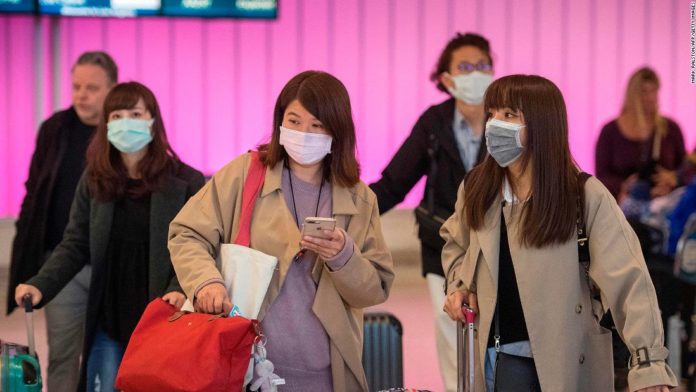 Hong Kong’s benchmark Hang Seng Index (HSI) was down 0.9% in morning trade, while China’s Shanghai Composite (SHCOMP) fell 0.7%. Japan’s Nikkei 225 (N225) and South Korea’s Kospi (KOSPI) each slumped 0.6%, too.
The losses marked a reversal from Wednesday, when stocks in Asia made some gains, even as the virus spread. Earlier in the week, equities dropped as China confirmed that the disease, which originated in the central Chinese city of Wuhan, could be transmitted between humans.
The virus is spreading as millions of people travel for the Lunar New Year. More than 500 people have been infected, mostly in mainland China, though the disease has spread as far as the United States.
China’s travel industry in particular is bracing for disruption. The country’s airline regulator has instructed Chinese carriers to offer passengers booked on Wuhan flights free cancellations if requested, while state media has China’s rail authorities as saying they are offering passengers booked on Wuhan trains free cancellations.
Wuhan, meanwhile, is “temporarily” closing its airport and railway stations for departing passengers as authorities attempt to contain the virus.