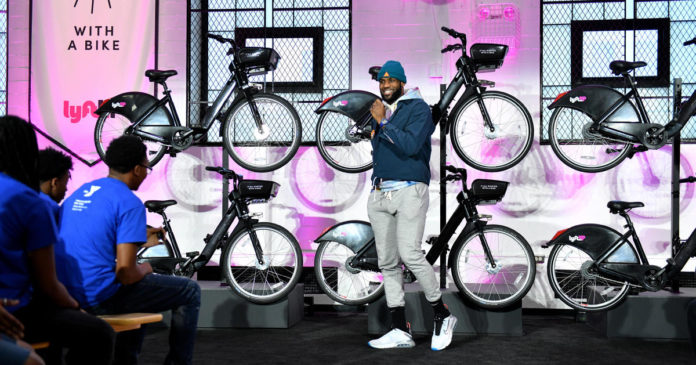 NBA superstar LeBron James surprised dozens of teens at a YMCA in New York City on Tuesday. The Los Angeles Lakers forward, who loves riding bikes, is partnering with ride-sharing app Lyft to provide thousands of youth with free access to bicycles.

James stood in front of more than 50 kids at YMCA Harlem to announce his new endeavor –– and a cause dear to him while growing up in Akron, Ohio. “Growing up, a bike changed everything for me,” James said. “It was more than a way to go see my friends or play basketball – it was a way of life.”

“A bike opened doors, allowed me to get to safe places after school, and gave me access to opportunities I never would have known,” he added.”

Lyft co-founder and President John Zimmer credited James for being the “inspiration” for the project. “We want to demonstrate how transportation can be a spark that helps young people reach their full potential.”

Citing statistics that say nearly 4.5 million Americans don’t have easy access to affordable, reliable transportation, the company will be giving away free one-year bikeshare memberships to young people aged between 16 and 20 years old through its LyftUp program –– an initiative to “expand transportation access to those who need it most.” The memberships will be given out in conjunction with the national YMCA to eligible riders.

The program will start in New York and then continue on into other parts of the country, including Chicago, San Francisco, Oakland and San Jose.