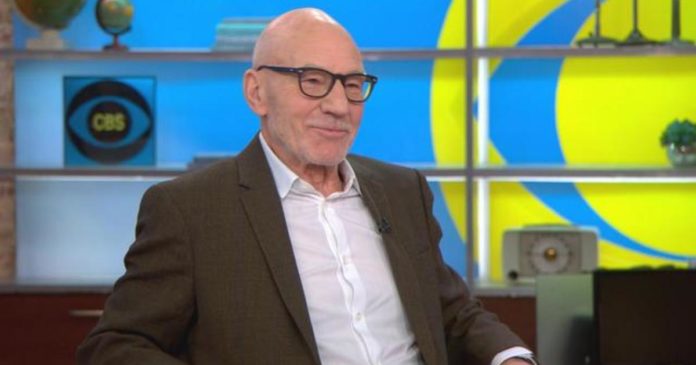 Sir Patrick Stewart, who stars in the new series “Star Trek: Picard,” joked on “CBS This Morning” Wednesday that Prince Harry and Meghan were invited to appear in the show. The couple recently made the decision to cut ties with the royal family.

Asked if he has been following the story, Stewart said, “Following it? I’m very much involved in it, actually, because people don’t know what lies behind this thing that has been happening and I happen to.

“The fact is, we’ve made them an offer to appear on ‘Star Trek: Picard’ and they have roles to play,” before making it clear to the hosts he was joking.

Stewart said he would like if the couple were on the show.

“That would be perfect for us because Meghan, we know she’s an actress, and Harry, I have no doubt has got all the talent and ability he needs,” he said.

Harry is the right age to be a “Star Trek” devotee, “CBS This Morning” co-host Tony Dokoupil pointed out.

“He is,” Stewart said. “I’ve always been convinced that I thought maybe that corner of the royal family were fans.”

The actor added that he is “proud” of the couple.

“I am actually very proud of what they have been doing. It must have taken a great deal of courage and the future is unknown for them. Whereas, as a member of the family, your future is pretty graphed out until the end, and I really admire them,” he said.