Home Culture Cause of US rapper’s sudden death revealed 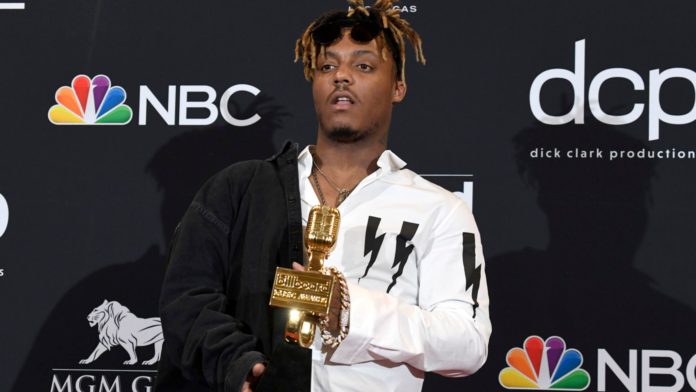 Rapper Juice WRLD, who died shortly after getting off a private jet in Chicago, suffered an accidental overdose of opioid painkillers, officials have confirmed.

Guns, metal-piercing bullets and drugs were found on the plane by police and federal agents.

Higgins did wake up after suffering convulsions at the airport, after being treated with Narcan, a medication to block the effects of opioids.

However, he remained incoherent and was rushed to Advocate Christ Medical Centre in Oak Lawn, where he was pronounced dead.

Now, the Cook County Medical Examiner’s Office has confirmed the cause and manner of the rapper’s death.

“Higgins died as a result of oxycodone and codeine toxicity,” the office said in a statement. “The manner of death is accident.”

Higgins, who was from the Chicago suburb of Homewood, was a rising star, being named top new artist at the Billboard Music Awards in May 2019.

Earlier this week, a surprise album released by Eminem, Music To Be Murdered By, featured Godzilla, a collaboration with Juice WRLD recorded before his death.

In December, the rapper’s mother Carmella Wallace said she hoped the tragedy would help raise awareness of addiction.

“Addiction knows no boundaries and its impact goes way beyond the person fighting it,” she said in a statement to US entertainment site TMZ.

“Jarad was a son, brother, grandson, friend and so much more to so many people who wanted more than anything to see him defeat addiction.

“We hope the conversations he started in his music and his legacy will help others win their battles as that is what he wanted more than anything.”

I’m A Celebrity… Get Me Out Of Here! Giovanna Fletcher is Queen of the Castle

Warner Bros. to stream all new movies in 2021

Capsule with clues about solar system’s origins tumbles towards Earth