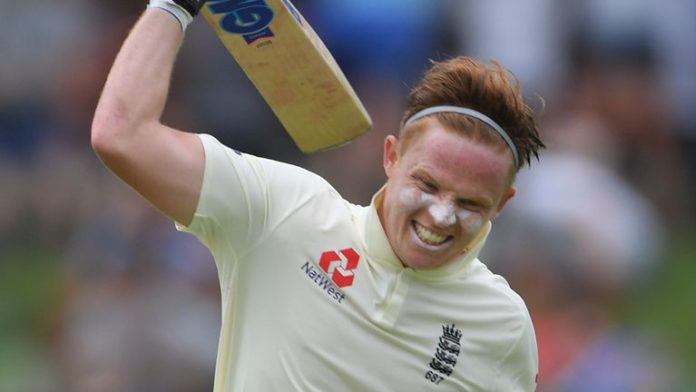 “[My injury lay-off] made me realise how much I love playing cricket and gave me even more of a hunger to come back”; Watch day one of the fourth Test between South Africa and England, in Johannesburg, live on Sky Sports Cricket from 7.30am on Friday

Ollie Pope says he is open to moving up the order for England eventually after scoring his maiden Test ton at No 6.

Pope hit an unbeaten 135 in England’s win over South Africa in Port Elizabeth and has been earmarked as a potential No 3 by pundits with Joe Denly yet to score a century for his country and turning 34 in March.

“I have seen a bit of chat saying I should be moved up,” Pope told Sky Sports ahead of the fourth Test against the Proteas in Johannesburg, which is live on Sky Sports Cricket from 7.30am on Friday.

“I feel I have a game that can adapt to the conditions, whether it be batting at six or not, but I am just happy to be playing in the England side. I am loving every minute of it.

“At Surrey I have been batting at No 4 and I have really enjoyed it there, so whenever the time is right and if I score enough runs and justify myself over the years then so be it.

“I feel my game can cope with [moving up the order] but for now I am happy to be at No 6.”

Pope played his first two Tests at home to India in 2018 but, after scoring just 54 runs across both games, failed to make an appearance on the autumn tour of Sri Lanka and was then left out of the squad for the series in West Indies early the following year.

However, the Surrey batsman says a shoulder injury the following season, which sidelined him for over three months, gave him the “hunger” to improve and return to Test cricket.

“It could have been a blessing in disguise,” Pope said of his injury.

“I started the [2019] season okay, not amazing, and had no idea how close I was to the England side. When you are not playing and some boys come in and do well, you feel like you could be a bit further away than you are.

“That three and a half months made me realise how much I love playing cricket and gave me even more of a hunger to come back, made me realise, ‘if I get in here I am going to go big’. I had a fresh mind and a few new ideas.

“While I was injured I sat down from a batting point of view with [Surrey assistant coach] Vikram Solanki – who had spoken to Andy Flower after a Lions trip I was on – and we looked at what I could do from the moment I got back to be a better player than I was before.

“A slight adjustment in my game was moving across to middle and off stump as my main weakness was probably that fifth or sixth stump line, wanting to push and defend to cover with an open bat face, especially early in my innings, which could get me into a bit of trouble.”

? From the bottom of my heart, I’m couldn’t be more proud of you ?

Pope scored his maiden Test ton a week after former Surrey team-mate Dom Sibley – who is now on Warwickshire’s books – notched his in the victory over South Africa in Cape Town.

The 22-year-old’s Surrey colleague and long-time friend Sam Curran – who gave a passionate speech in the England dressing room after Pope’s first hundred – is also in the XI, as is Kent youngster Zak Crawley, a man Pope has grown up playing against.

“It is pretty surreal in a way. It’s a dream we all share,” said Pope.

“As you grow up you don’t know how far you are going to go, if you will ever get there.

“To do it with the likes of Sibbers [Sibley] and Sam [Curran] – I probably had Sam’s first net with him in Guildford when he first came over at 14 or 15 – is amazing.

We have got a lot of young lads and we make a real big emphasis, especially in the field, to create that buzz, use the energy and fresh legs. Having that mixed with the experience of other lads creates a really healthy environment. It’s a great place for learning.

Ollie Pope on the England team

“When you look around the outfield and see all these guys doing it with you, it’s something we are lucky enough to share. It makes the good times even more special in a way. You are almost in a bit of disbelief as we are all fulfilling our dreams.

“For Sibbers and myself to pass a hundred for the first time and do it in a wining cause is amazing and we can take massive confidence from it going into our futures for England.”

Sibley earned his England chance off the back of scoring over 1,300 runs for Warwickshire in County Championship Division One last season, having moved to Edgbaston, initially on loan, in 2017.

In county cricket you rarely get a bowler 90mph-plus, but South Africa have two in their attack. There is not one bowler where you think ‘I can cash in against this guy’. The pressure is constant, the wicket-taking deliveries coming down at you. Then off the pitch there is the scrutiny. The constant spotlight is a massive eye-opener.

Dom Sibley on the difference between Test and county cricket

The 24-year-old told Sky Sports that he struggled to start with at his new county and that then team-mate and former England batsman Jonathan Trott helped him develop his game – something he insists he will continue to do as he tries to cement his spot as opener.

“The first three months of my first full season at Warwickshire was tough. I put myself under too much pressure,” said Sibley, who scored an unbeaten 133 at Newlands earlier this month.

“I was going to a new dressing room and batting with Trott and [Ian] Bell – you almost have to prove yourself again, prove yourself to guys that have been legends for England.

“I changed a few things technically – Trotty noticed that I was standing really narrow for a tall lad – and luckily it came off. I scored a few hundreds and it went from there.

“With England, you are constantly being told you can’t sit still. Thorpey [assistant coach Graham Thorpe] is always saying ‘how can we raise the ceiling, keep improving, add stuff to you our game as well as keeping your core game strong?’

“I have made a few changes against left-arm spin and we have also spoken about maybe accessing the off-side a little bit more at the start of my innings.

“You are going to play in different parts of the world and need different skills. In this environment there is no resting on your laurels. That can only be a good thing.”

Watch day one of the fourth Test between South Africa and England, in Johannesburg, live on Sky Sports Cricket from 7.30am on Friday.