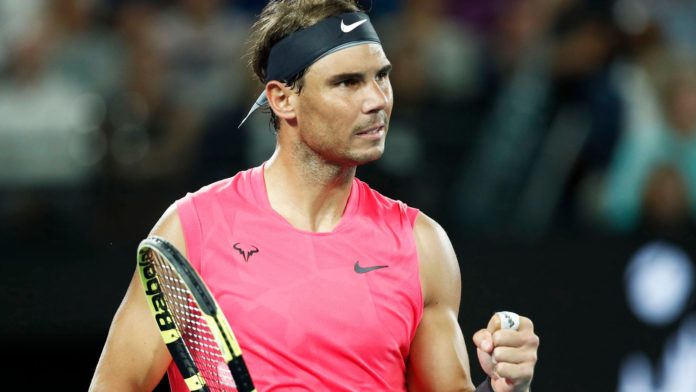 World No 1 Rafael Nadal rolled over Federico Delbonis, while Nick Kyrgios took the scenic route against Gilles Simon as the pair stayed on course for a fourth-round meeting at the Australian Open.

The contest took two hours and 30 minutes, with the second set the key as Nadal withstood pressure to clinch it on a tie-break before running away with the third.

Nadal said: “Conditions are a little bit slower, it’s cooler tonight. I think it has been a tough match.

“I lost a lot of opportunities on the break points but I found a way finally to win that second set and in the third I played a little bit more aggressive.”

The worst moment for Nadal came when he accidentally struck a ball girl in the head with a miscued forehand.

The Spaniard went straight to check on the youngster, who thankfully was unhurt, giving her a peck on the cheek by way of consolation.

Kyrgios beat Simon 6-2 6-4 4-6 7-5 as he reached the third round of his home tournament for the fourth time in his career.

The Australian No 1 looked in complete control, and unusually composed, at two sets and a break up but lost four straight games at the end of the third set.

He took his frustration out on his team sat in the stands and seemed close to losing his cool completely but a break of serve in the 11th game of the fourth set helped him clinch victory.

Both men, meanwhile, mocked the service tics of Nadal, who Kyrgios could meet in the fourth round.

I could have gone to a very dark place in the fourth set.

Kyrgios said: “I definitely lost my way a little bit, he’s a tough competitor, he knows how to win matches.

“I just tried to refocus. I could have gone to a very dark place in the fourth set.

“I’m just happy to get through. It could have been very interesting if it had gone to a fifth set.”