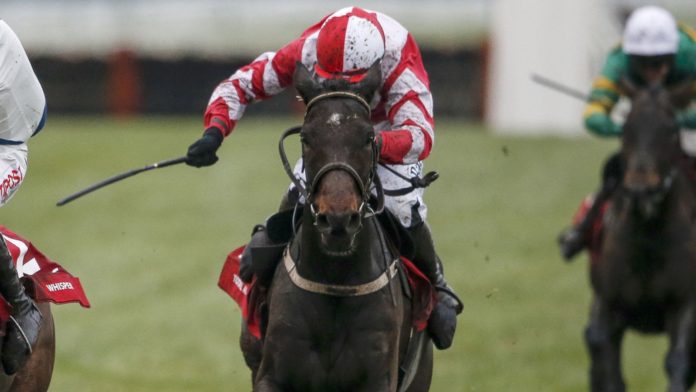 Total Recall bounced back to form with a vengeance to run out a ready winner of the Goffs Thyestes Handicap Chase at Gowran.

The race was run in thick fog, making it difficult to see the runners in certain parts of the track – but what was not in doubt was that when they emerged from the gloom at the second-last Total Recall was in the clear.

Now an 11-year-old, the Willie Mullins-trained gelding has plenty of high-class form in the book and won the Ladbrokes Trophy at Newbury in 2017.

On the back of that, having landed a handicap hurdle in between, he went to Cheltenham for the 2018 Gold Cup and was in the process of running a big race until falling three out and his career had rather gone the wrong way since.

With Paul Townend choosing stablemate Acapella Bourgeois, Danny Mullins came in for the ride and despite a blunder at the last, the race was already in safe-keeping.

The 16-1 winner was introduced into the Grand National betting by Betfair at 25-1.

On a day when Willie Mullins sent out the first three in the Galmoy Hurdle, he was winning the Thyestes for the eighth time and also sent out the second, Class Conti. Minella Fair was third, with Ex Patriot fourth.