Home Culture Watching ‘The Goop Lab’ could turn you into a member of the... 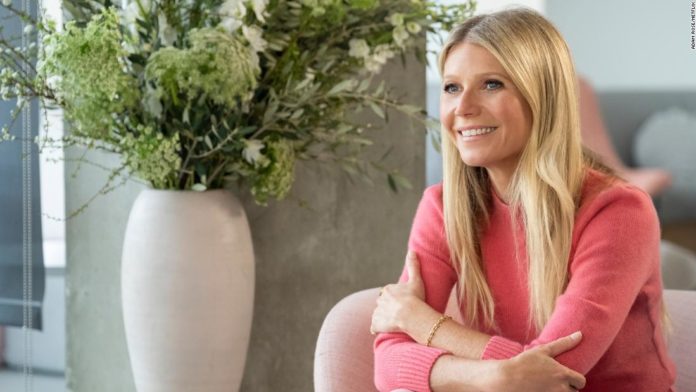 We’re talking energy exorcisms and aging backwards.
To be honest, I never fully grasped Goop. I wasn’t an early subscriber to Paltrow’s newsletter or her privileged perspective on how to eat, travel, dress and detox.
But at some point in my 4-hour binge, probably when one of her employees, a new mom who was suffering from crippling anxiety, tried cold water therapy, a change occurred: I realized I might actually be enjoying “The Goop Lab.”
Have I been duped into Goop?
Goop, which started as a newsletter out of Paltrow’s kitchen in 2008, is now a hugely successful lifestyle business valued at a quarter of a billion dollars. Paltrow says on the show that she believes being a leader in the wellness industry is her calling. After all, who needs Oscars when you can peddle $75 that vagina-scented candle?
Goop’s success has not been without setbacks.
In 2018, the company was sued for false advertising involving a $66 “vaginal Jade egg,” which Goop claimed prevented uterine prolapse. The company paid out $145,000 in penalties and changed their marketing around the product but continued to sell it.
Paltrow makes a quick joke about the egg in “The Goop Lab” and seems to lean into the criticism around some of her wellness suggestions. (There is a disclaimer at the start of each episode which states, “The following series is designed to entertain and inform — not provide medical advice.”)
The episodes feature Paltrow interviewing experts in various fields of healing, alongside Elise Loehnen, a former magazine editor turned Chief Content Officer at Goop, in whom Paltrow has apparently found a kindred spirit.
Over the course of six episodes, a chosen few from the Goop staff are selected for each “medical” experiment. Episode one begins with efforts to heal childhood trauma by taking psilocybin, or magic mushrooms, in a therapeutic environment aided by experienced guides.
Paltrow’s assistant participates and returns emotionally unblocked, able to hug people.
Skeptic of pseudoscience, the show highlighted how experimental treatments work for some people. For instance, there was a woman who felt relieved of her anxiety by using a method of cold water therapy, the subject of episode two.
In another episode, Paltrow’s personal energy healer paid a visit to Goop HQ to fix some bad vibes. A few staffers, who were feeling “off” energetically, along with Julianne Hough for some reason, lay in a room on massage tables while he worked.
As he waved his hands over their bodies, they all jerked and moved as if someone was actually poking and pulling at them. Loehnen called her healing session an “exorcism.”
Ridiculous. Yet, I wanted to try it.
Goopers also look for ways to enhance everyday experiences. In one episode, the women employees at the company learn how to have a “rock and roll” orgasm from sex educator Betsy Dodson, and well, we see lots and lots of vaginas.
Employees get messages from the deceased in an episode which convincingly proves that we are all kind of psychic.
In an episode about biological versus chronological aging, Goop staffers and Paltrow are assigned different diets to try to lower their biological ages over the course of a few weeks. While one goes vegan and one turns pescatarian, Paltrow is assigned a five-day fast that leaves her slumped over a couch in a comfy striped sweater, salivating over the bags of tea she is allowed to swallow the next day. (You can guess who clocks in at the youngest after the testing is complete.)
By the end, I also wanted to ditch processed food, dive into freezing waters to rid myself of emotional pain, try psychedelic mushrooms to connect to the universe and call a psychic to talk to my deceased father.
It all had me thinking about life. And death. Can this stuff really prevent cancer? Can I find a way to guarantee a long, healthy life?
In Goop world, experimental medicine is fun, it can be good for you and it will expand your mind. They’re not denying that actual medicine works. Paltrow and her team are simply offering trial and error alternatives.
The one Goopy distraction about the series is the uniform look of the Goop staffers — utilitarian jumpsuits, minimal makeup and layers of shiny gold jewelry. They are all slim with flawless skin. They speak with a similar affect. They all sound like Paltrow. There’s a lot of cashmere. It’s like Paltrow is the leader of an army that’s marching straight to a spa.
Although, in one very human moment, feeling particularly vulnerable, Paltrow reveals that she tries all of these cure-alls because, despite being beautiful, famous and wealthy, she too suffers from childhood trauma, pain and insecurities. Just like us.
I almost felt bad for a second. Then, I realized the show worked.
I may have started my journey as an interloper, but I’d officially been Gooped.
“The Goop Lab” airs Jan. 24 on Netflix.