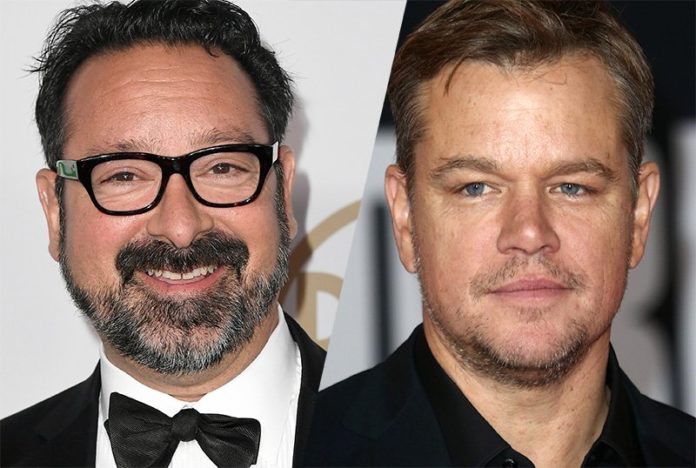 After grossing more than $200 million worldwide and earning an Academy Award nomination for Best Picture, Deadline reports that Ford v Ferrari director James Mangold is set to reunite with Oscar winner Matt Damon (Good Will Hunting, The Departed) in 20th Century Studios‘ newest film adaptation titled The Force. Based on author Don Winslow’s bestselling thriller drama novel of the same name, the film will be helm by Mangold with Damon taking on the lead role of NYPD detective Denny Malone.

The Force was first published in 2017 and was named as a New York Times Bestseller. In the novel, NYPD detective Denny Malone is dubbed as “the King of Manhattan North.” He is the leader of Da Force, an elite crime-fighting squad who are given unrestricted authority to wage war on gangs, drugs, and guns. After 18 years of being involve with gangs, drugs, and corruption, Denny has finally been caught in a trap by the Feds and must make a difficult decision between betraying his brothers and partners, the Job, his family, and the woman he loves, trying to survive, body and soul, while the city teeters on the brink of a racial conflagration that could destroy them all.

The film’s script was first drafted by David Mamet with Mangold and Logan co-writer Scott Frank working on a rewrite. The Force will be produced by Scott Free’s Ridley Scott, The Story Factory’s Shane Salerno and Kevin Walsh while Steve Asbell has signed on to executive produce.

This project will be Mangold’s second latest project as it was also recently reported that he will be directing his second musical biopic centered on legendary musician Bob Dylan’s transition from folk music to rock. His other notable film credits include: Walk the Line. Interrupted, Kate & Leopold, and Logan with the latter earning him an Oscar nomination for Best Adapted Screenplay.