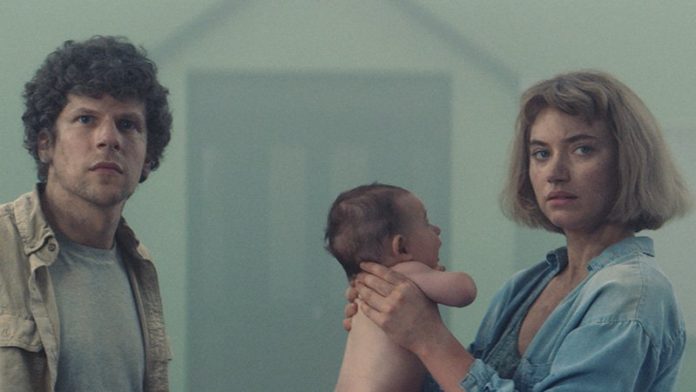 Saban Films has released the official trailer for their upcoming sci-fi feature Vivarium, starring Imogen Poots (Black Christmas) and Oscar nominee Jesse Eisenberg (The Social Network). You can check out the trailer now in the player below as well as the poster in the gallery (via Vital Thrills)!

Vivarium is the story of a young couple (Poots & Eisenberg) in search of a starter home, who follow a mysterious estate agent and get trapped in a strange housing development.

After premiering at the Cannes Film Festival last year, the movie will open in select theaters on March 27. 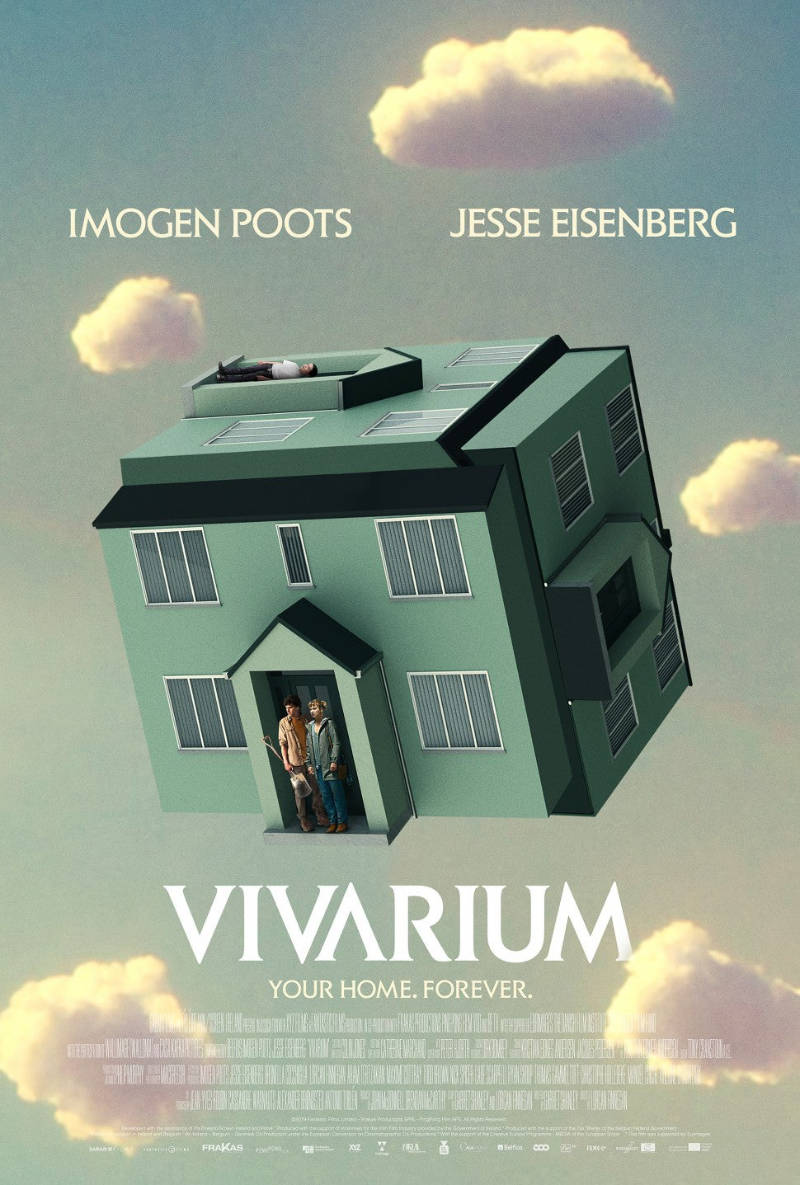