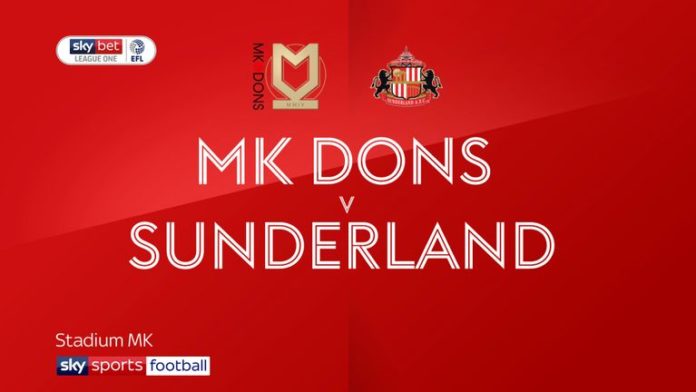 Watch live on Sky Sports Football from 7pm on Friday night; kick-off is at 7.45pm.

Phil Parkinson could hand defender Bailey Wright his Sunderland debut. The Australia international joined the Black Cats on loan from Bristol City earlier this week and could slot straight into the starting line-up for the home side.

Northern Ireland striker Kyle Lafferty came off the bench for his Sunderland debut during last week’s 1-0 win at MK Dons and is pushing for his first start for the club. Defender Tom Flanagan was not part of the matchday squad at his former club despite being fit after a scan on a shoulder injury showed no damage, while Elliot Embleton is unlikely to be risked after returning to training from a long-term hamstring problem.

Doncaster will be without top goalscorer Kieran Sadlier for the trip to the Stadium of Light. The Irish winger sustained a broken nose and concussion during last week’s 1-0 home defeat to Coventry, which forced him off at half-time.

Sadlier must comply with the Football Association’s concussion protocol, therefore missing out with Rakish Bingham or Madger Gomes set to take his place. Matty Blair is also an option for Darren Moore, but he has played just a few minutes of action since mid-September, while Cameron John is pushing for a recall after also returning from a hamstring injury.

Sunderland have enjoyed a massive upturn in form lately. They are back in the top six in League One, having won their last three games on the spin. They are also unbeaten in seven.

Doncaster lost last Saturday at home to Coventry, but they had won their previous three to close in on the play-off places themselves.

Sunderland’s Phil Parkinson: “You’ve got to be thick-skinned as a manager and you’ve got to be resilient. But you’ve also got to find solutions and respond in the right way, and I think we’ve done that. I didn’t take the criticism (from fans) personally, I understood it’s the sheer passion in the city for the club, and they’re passionately behind us at the moment and we want to keep it that way.

“People speak about pressure a lot, but for me pressure is staff and players not being paid for months at Bolton. That was very difficult to go through. This is enjoyable, I am enjoying the challenge every single day.”

Doncaster’s Darren Moore: “It’s a fantastic arena to go and play, it’s different going there for an evening game compared to a Saturday afternoon. It’s another hurdle that we know will be difficult but one that we have to be looking to overcome and try to win the game.

“The group of players we select will have to be on top of their game to get a result up there but that is something they are thriving on.”

Check out the latest EFL odds and more from Sky Bet…

Sunderland were at the lowest point in their history in December, but a fan protest appears to have sparked an upturn in their form.

Sunderland have a 100 per cent win rate against Doncaster in the league, winning all five games; against no other side have they recorded a better 100 per cent record.

Doncaster have played 122 different clubs in the league, with Sunderland the only side that they’ve ever failed to pick up a point against (five games, five losses).

Since the start of last season Sunderland have lost just two of their 36 League One matches at the Stadium of Light (W19 D15), scoring in all but one of those matches – a goalless draw against Bolton on Boxing Day 2019.

Doncaster will be aiming to win three consecutive away league games for the first time since January 2013, last doing so without conceding back in February 2008.

Chris Maguire has been directly involved in six goals in his last five league appearances for Sunderland (4 goals & 2 assists).

Are things coming together under Phil Parkinson? After a really tricky start Sunderland are now unbeaten in seven and they’ve won their last three on the spin.

Darren Moore has done a decent job at Doncaster this season, particularly when you consider they lost their talisman John Marquis in the summer and have struggled to replace his goals. Home win here for me.