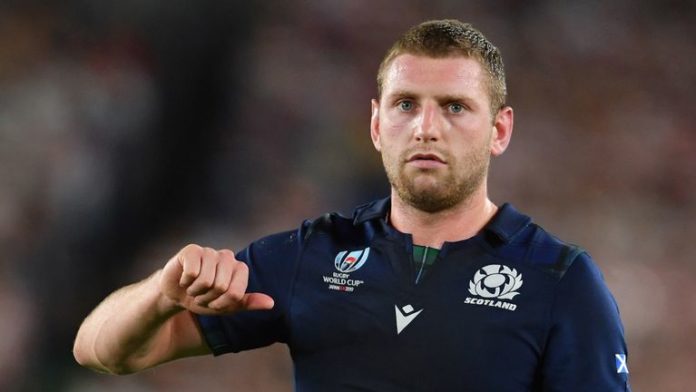 Finn Russell’s refusal to cease drinking at team hotel & failure to turn up to training led to omission from Scotland squad, Sky Sports News has learned

Russell has returned to France and his participation in the rest of the tournament remains in doubt, after he was told he would not be selected in the squad for their opening game against Ireland on February 1 after he ignored requests to cease drinking alcohol at the hotel bar after joining up with his international team-mates.

He arrived at the Scotland team hotel in Edinburgh on Sunday evening after playing for his club Racing 92 in their 27-24 defeat to Saracens in the European Champions Cup.

Later that evening, Russell is understood to have refused to stop drinking at the bar, and he then later left the team hotel of his own accord to return home to Stirling.

Russell did not appear for Scotland’s first training session on Monday and later that day was informed by head coach Gregor Townsend he would not feature in the squad for the Ireland game.

Russell was asked not to train with the squad on Tuesday, while Wednesday was a scheduled day off.

The stand-off was invited to be part of the squad training session on Thursday, but it’s believed he made the decision to leave the training camp and is now back in France.

Sky Sports News has learned the Scottish Rugby Union (SRU) are hopeful Russell will play a part later in this season’s Six Nations, and negotiations are ongoing between the two parties to find a resolution to the situation.

STATEMENT | Scotland team spokesperson: “Stand-off Finn Russell will play no further part in preparations for Scotland’s Six Nations opener against Ireland, having been disciplined for a breach of team protocol during the week’s camp in Edinburgh. He has returned to his club.”

However, given the nature of the developing story, it appears some contrition on the part of Russell could be required before he is selected again by Townsend.

As an “exiled” player with Racing 92 and therefore not under contract to the SRU, Russell could feature for his club this weekend, although it is unclear at this stage if Racing intend to select the stand-off for their Top 14 game away to Castres.

Sky Sports News has approached Russell and his representatives for comment.