Home Sport Why is Serie A appealing to PL players? 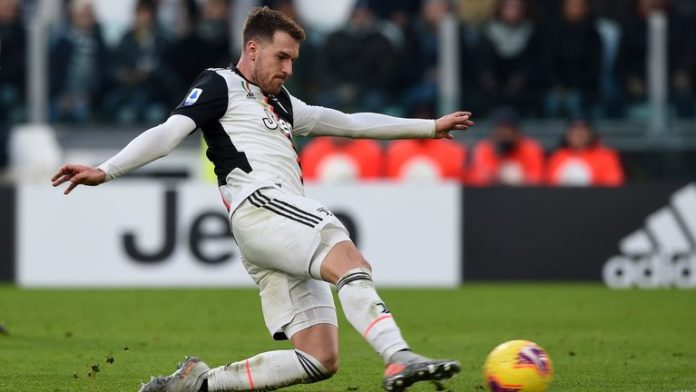 Cristiano Ronaldo’s arrival at Juventus paved the way for more Premier League players to make a move to Serie A, according to Sky in Italy reporter Gianluca Di Marzio.

Over the last few transfer windows, Serie A clubs have shown a tendency to sign players from the Premier League, with Ashley Young, Victor Moses, Asmir Begovic and Patrick Cutrone moving to Italy in this window alone.

Last summer, Italian top-flight clubs signed 16 Premier League players, including Romelu Lukaku, Alexis Sanchez and Chris Smalling, making up for almost 20 per cent of the players transferred in throughout the whole division.

“It’s probably because we like your style of play!” Di Marzio said. “Smalling, Sanchez, Mkhitaryan… a lot of Premier League players want to come to Italy.

“It’s better for us, probably after Cristiano Ronaldo arrived in Italy, something changed in the way we convince players to arrive here. Two, three, four years ago in the players’ mind it was Premier League, La Liga, Bundesliga and then Serie A.

“After Ronaldo something changed, we started again to be a good championship and players want to come because Italy is a very nice country and matches are very amazing.”

The Inter boss has shown a strong interest in Premier League players, welcoming Young and Moses, and is in talks to sign Olivier Giroud and Christian Eriksen this month.

Di Marzio says the intensity and physicality of the game in England makes players the perfect pick for Conte.

“He likes Premier League intensity, of the games, of the players, in the attitude of training,” Di Marzio said. “He wanted to buy Ashley Young at Chelsea on Deadline Day in 2017.

“Moses with him was incredible, in two years I think he made 78 appearances and two goals. Moses’s medical was very accurate, because he had some problems, some injuries, so for one whole day Moses had important medicals.

“And because Conte wants to win the title in Italy, and he thinks that Premier League players, experienced players, at this moment of the tournament in Italy could be very important for him for a change, because he only has 14 or 15 players and he needs two or three players to change the team.

“The intensity of Antonio’s training is heavy. A normal Conte training, the players run 7km. In a heavy training, they run 12 or 13. He needs physical players, English players or Premier League players are perfect in this moment for him.”