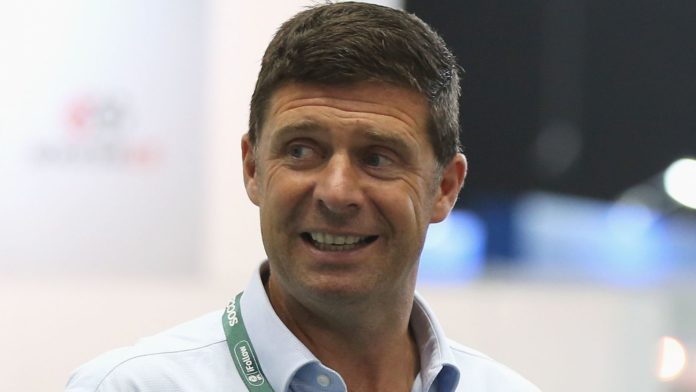 Gary Owens, FAI interim CEO: “Niall not only brings great insight and experience to developing the game but is passionate about football in Ireland.”

Niall Quinn has been named as the interim deputy CEO of the Football Association of Ireland (FAI) with immediate effect.

Quinn scored 21 goals in 92 appearances for Ireland and played for Arsenal, Manchester City and Sunderland during his career.

The 53-year-old, who also had a spell as chairman of Sunderland and as a board member of Sport Ireland, joins the FAI during a turbulent time in their history.

They were recently forced to issue an apology to the Irish public for ‘mistakes of the past’, with the FAI forced to ask the Irish Government for a £15.3m (€18m) bail-out in order to help it avoid insolvency.

The FAI is facing liabilities of almost £47m (€55m), with their current financial predicament forcing it to consider selling its stake in the Aviva Stadium.

Gary Owens, FAI interim CEO, said: “We are really pleased that someone of Niall’s calibre is joining the team. Football is such an important game in this country at every level.

“Niall not only brings great insight and experience to developing the game but is passionate about football in Ireland – his energy and commitment is a great fit for the FAI as we begin reform of the organisation and look to create a better future for football in Ireland.”

Despite their problems off the pitch, Ireland have improved on it since Mick McCarthy took over from Martin O’Neill as manager in November 2018.

They play Slovakia away in a European Qualifier play-off semi-final on March 26 and could face Northern Ireland for a place in Euro 2020 if they win that match.