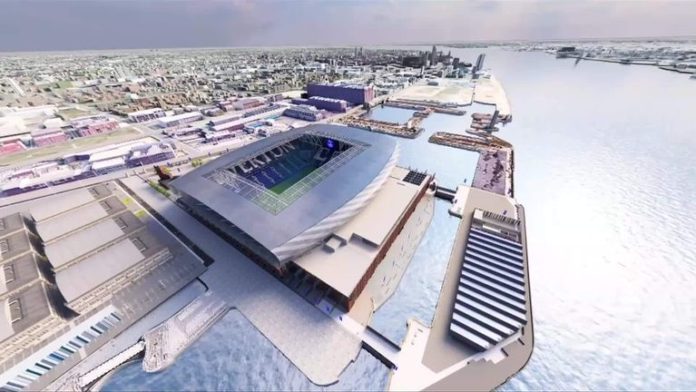 Dan Meis, architect: “It occurred to me that a big part of our stadiums are seats that are plastic and surely there must be a way to rethink this”

The architect leading the project to design Everton’s new stadium is exploring the possibility of installing seats made from recycled ocean plastic.

Everton are hoping to leave Goodison Park for Liverpool’s Bramley Moore Dock by 2023 and Dan Meis has revealed they are looking at ways of making the stadium more environmentally-friendly.

“It occurred to me that a big part of our stadiums are seats that are plastic and surely there must be a way to rethink this,” Meis told Sky Sports News.

“It’s something we had never really looked at before so right now we are looking at designing a prototype of a stadium seat with a significant amount of recovered seat plastic.

“The entire world is becoming more sensitive to the environment every day, thankfully, and stadiums are one of the last building types that are getting that consideration.

“Because they’re so big, if you can make intelligent decisions about materials and how you source them, you can really make a big impact.”

Since the campaign’s launch in 2017, the message is estimated to have reached nearly 48 million people in Europe.

“How do you get over that challenge of serving 40,000 pints of beer or soft drinks during a 15-minute interval without using single-use plastics,” said Penn.

“It’s such a big challenge but the launch of this reusable cup scheme is going to save 75,000 cups just in this season.”

In the three years since Sky Ocean rescue launched, it is estimated Sky has removed over 300 tonnes of single-use plastics from its products and operations.