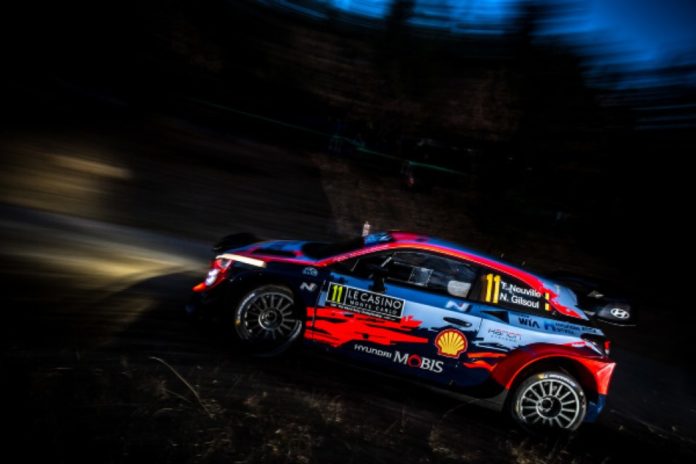 Thierry Neuville leads Rallye Monte-Carlo for Hyundai after a stunning time in tricky conditions in the second of two night stages to kick off the 2020 WRC season.

After completing the ceremonial start in Monaco’s picturesque harbour, the crews took on the tests in darkness, competing over almost 43 kilometres through the Southern French Alps before arriving at the Service Park in Gap.

Neuville was only fourth fastest in the opening stage behind Sébastien Ogier, Ott Tänak and Elfyn Evans as the trio settled in rapidly to their new cars on the first dry asphalt test.

But the Belgian delivered a sensational performance on snow and ice in the second stage, going 25.5 seconds quicker than Toyota driver Ogier to finish the night with a lead of 19.1s. Tänak is third for Hyundai, six seconds behind Ogier and just 0.3s in front of Evans.

Sébastien Loeb is fifth ahead of M-Sport Ford’s best-placed driver Esapekka Lappi. The Fiesta squad was hampered by overheating issues in the first stage caused by leaves blocking the radiator. Lappi’s team-mate Teemu Suninen dropped out in stage two with a transmission issue. In his first stage in the WRC’s top level, 19-year-old Kalle Rovanperä – the youngest ever full-time factory driver in the championship’s history – was fifth fastest ahead of seven-time Monte winner Loeb, and finished the night in seventh place.

FIA WRC 3 entrant Eric Camilli is eighth overall, one second ahead of WRC 2 leader Mads Østberg on a Citroën.