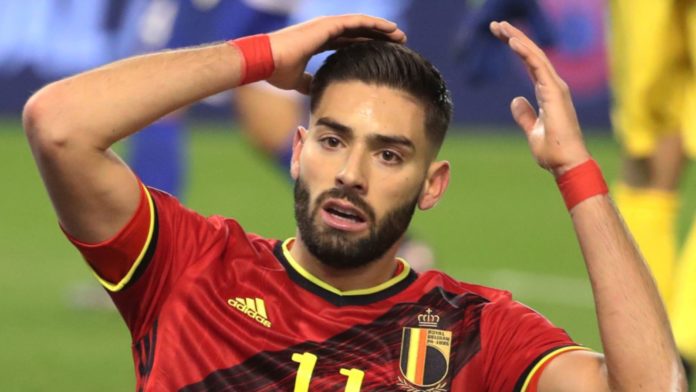 Crystal Palace are in talks over a deal to loan Belgium winger Yannick Carrasco from Chinese Super League side Dalian Yifang.

Carrasco wants to leave China and is currently training in Belgium, but Palace have yet to reach an agreement to sign the 26-year-old.

It is unclear whether Carrasco wants to join Palace at this stage but there is hope given his desire for a move back to Europe.

Carrasco began his senior career with Monaco, before moving to Atletico Madrid for a fee in the region of £20m in 2015.

In February 2018 Carrasco joined Dalian Yifang, and has scored 24 goals in 52 appearances in China.

Palace are looking to strengthen having gone five Premier League games without a win, a run that has left them seven points clear of the relegation zone, but also just four points behind fifth-placed Manchester United.