Home World Asian markets are quiet after a turbulent week 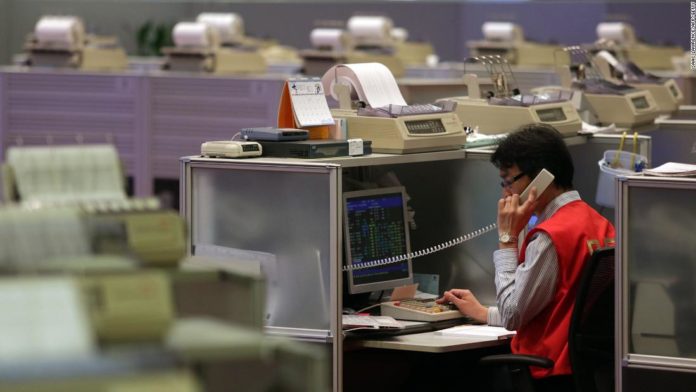 Hong Kong’s Hang Seng Index (HSI), which will close early for the holiday, fell 0.1% Friday. Japan’s Nikkei 225 (N225) was flat.
Chinese markets were closed, and won’t reopen until late next week.
The relative calm came just after the Shanghai Composite (SHCOMP) posted its worst day in more than eight months as the deadly coronavirus spread across the country, causing officials to place Wuhan, the central Chinese city where it originated, and two of its neighboring cities, under a partial lockdown.
The sell-off Thursday was “the most significant pre-[Lunar New Year] stock market rout on record,” said Stephen Innes, chief Asia market strategist at AxiTrader, in a note to clients this week.
The shortened trading week was the Shanghai Composite’s worst since early August, when China allowed for a surprise devaluation of its currency, stoking fears about the US-China trade war.
The Hang Seng, meanwhile, has lost more than 4% this week, its worst since mid-November when the city was rattled by violent, escalating protests.
China’s coronavirus problem is getting worse. As of Friday, the death toll from the disease had jumped to 25. More than 800 people have been infected, mostly in mainland China, though the disease has spread as far as the United States.
The World Health Organization said Thursday that it would not yet declare a global public health emergency over the virus.
Correction: An earlier version of this report incorrectly included South Korean markets, which are closed.