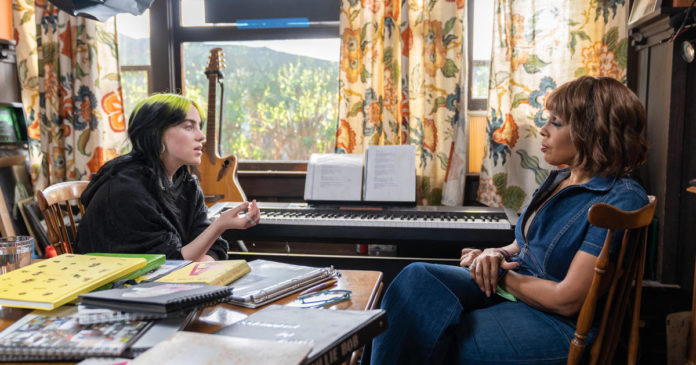 For Grammy-nominated singer Billie Eilish, no subject is too personal. As someone who used to hide self-inflicted cuts on her arms, Eilish now reaches out to fans with cuts on theirs.

“I just grab them by the shoulders and I’m like, ‘Please take care of yourself and be good to yourself and be nice to yourself … don’t take that extra step and hurt yourself further,'” the 18-year-old told “CBS This Morning” co-host Gayle King for “The Gayle King Grammy Special,” airing on CBS on the West Coast at 10 p.m. PT.

It was an extra step Eilish came dangerously close to taking herself.

Fame had taken a heavy toll. She couldn’t go out in public without being recognized, and most of her friends — unable to relate to her new pop state status — had drifted away. Lonely and isolated, she fell into a clinical depression.

“Did you think that you would do something to yourself?” King asked.

“Yeah,” Eilish said. “I think about this one time I was in Berlin and I was alone in my hotel … And I remember there was a window right there … I remember crying because I was thinking about how the way that I was going to die was, I was going to do it.”

King asked Eilish about the lyric “I wanna end me” in her song “Bury a Friend.” She sings, “Today, I’m thinkin’ about the things that are deadly/The way I’m drinkin’ you down/Like I wanna drown, like I wanna end me.”

“When I heard that, I thought, ‘God, I wonder if Billie was talking about herself,'” King said.

Asked why she thinks she didn’t end her life, Eilish said, “my mom.”

Maggie Baird, who travels with Eilish, scaled back on her daughter’s grueling tour schedule and learned how to say no to the many demands put on Eilish.

“We checked in with her all the time about, ‘Do you still want to do this?'” Baird said. “She loved doing the shows. The fans and the shows, that’s what kept her going.”

With a lot of patience, therapy and family support, Eilish came back from the edge.

The artist turned 18 in December.

“The Gayle King Grammy Special” re-airs on CBSN Sunday at 7 p.m. ET. The Grammys will air Sunday night at 8 p.m. ET on CBS.