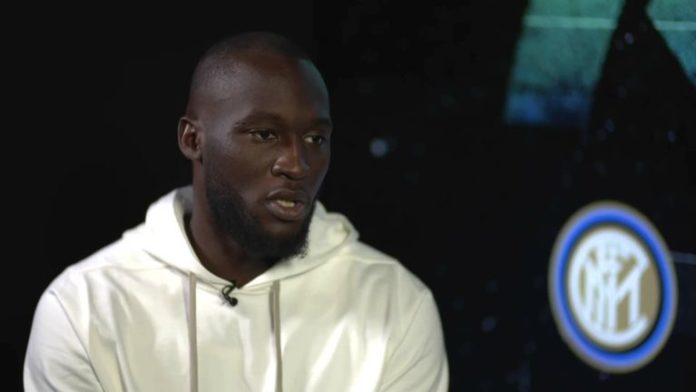 Lukaku explains how he decided it was time to move on from Manchester United and rediscover himself after seeing first-team opportunities limited under new manager Ole Gunnar Solskjaer.

He reveals the impact Antonio Conte has had on his career since he arrived at Inter and how the Italian became the first manager to give him the hairdryer treatment after a “trash” performance.

The Belgium striker also talks about what life at United could have been like under Jose Mourinho if all the manager’s demands had been met.

What has changed this season compared to last season?

I think I had to rediscover myself. Last year was difficult for me on the professional side, because stuff was not going how I wanted and I was not performing as well.

So I had to find it within myself what was lacking and came to the conclusion that it was time for me to change environment.

I made my decision around March, and I went to the manager’s office and told him it was time for me to find something else.

I wasn’t performing and I wasn’t playing. I think it was better for both sides to go separate ways. I think I made the right decision.

Manchester United has made space for the younger players to come through so I think it was a win-win situation for both of us.

There’s a real excitement here with the title race. How much is Antonio Conte driving that?

It’s more like people around us are excited. But we as players in the dressing room are focused on the work we have to do because the manager is on us every day.

It’s a good thing to see because I remember in the first training sessions when I was there, the physical work I was not used to this.

We are talking about the Premier League being physically the toughest league, but the training sessions that we do – nobody trains as hard as us. Never. You’re really at your fittest.

For me, I remember the first two weeks when I came, I spoke to my agent and said, ‘I’m suffering a lot in training because I never did this type of work’. But Conte is always there at the sidelines encouraging every player to do the work.

When I was looking around me no one was moaning, everyone was getting on with it. So for me it was something special because sometimes coaches are on the sidelines making jokes because you can’t do it.

But he is there on the sideline wanting you to do more, encouraging you to do more. It can be as hard as you imagine, but no player will give up because he will give you that energy to keep going. That shows in the intensity on the pitch.

We are the team that runs the most, we create a lot of chances and we have a great defence because we don’t give up until the end. It’s great to see and for me it was like, ‘finally my full potential can come out’.

Conte is not a man you want to disappoint, is he?

No, you don’t. He says it openly also. The manager, he tells it straight to your face if you’re doing well or wrong.

I remember one of my first Champions League games against Slavia Prague when I played really bad – like I was trash that day – and I really got it from him in front of the whole team.

Was he throwing things, kicking things?

No, just telling me that I was really trash and that he would take me off after five minutes if I would have done it again.

It’s little things like that. And we played the Milan derby just after that and I played one of my best games of the season.

He just gave me that – he stepped on my confidence but it woke me up at the same time. He does it to everybody, it doesn’t matter who you are. Everybody is equal.

You work hard, you train hard and you play. If you don’t do what he says, you don’t play. You know where you stand – and that’s what I respect about him.

Which managers have got the best out of you?

I think Roberto Martinez, Ronald Koeman and now Antonio Conte. I think Jose Mourinho – if he would have had the players that he wanted, he would have done better than what we did.

Steve Clarke, massive mention to him, because he gave me the opportunity to play in the Premier League aged 19.

And obviously my first coach at Anderlecht, Ariel Jacobs, who gave me the chance when I’d barely turned 16. He called me from school, they called me like, ‘Yo, you have to come with the first team’, and he played me straight away.

Those are the coaches that forever I will respect them.

I’ve never had any problem with any manager I’ve had – it shows my professionalism and my willingness to work.

Where are you at your most dangerous?

I think I can score with either foot and [my] head. In the box, when I get crosses into the box, [I am] pretty dangerous.

When there is a lot of movement around me, here and with the Belgian national team, I am at my best because then I can create myself and I can be at the end of the delivery.

Right now, the systems we are playing, here at Inter with the 3-5-2, and with the Belgium national team in a 3-4-3 with players close to me.

Here [at Inter] we play in a system where you have to be in a certain position but at the end of the day, if you stand in the right position, you get chances.

It is different with the Belgian national team, where there is much more freedom but I have more players around me.

Both systems are really beneficial and I think everything is falling into place but I have to keep working because there is always competition.

For me I just have the mentality of waking up every morning and trying to get better every day.