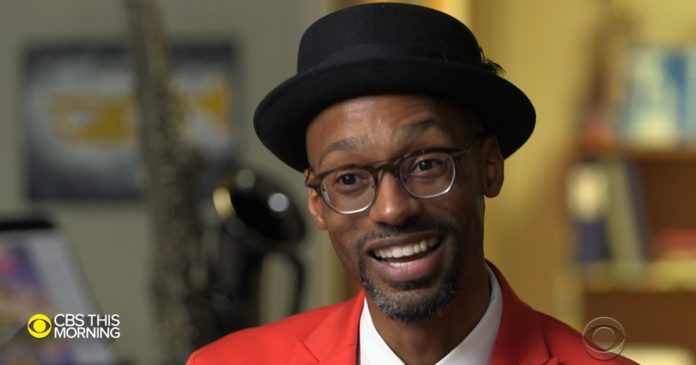 A Louisiana music teacher noted by the Recording Academy for his ability to make students feel “loved, valued and wanted” is being honored with the Grammy Music Educator Award on Sunday night. Mickey Smith Jr. leads about half of the entire student body of Maplewood Middle School in Sulphur, Louisiana in the school’s band, and has been growing the number since he started there 15 years ago.

What is it about Smith that makes him a Grammy-winning educator? CBS News’ Manuel Bojorquez spoke to him and some of his students to find out as the honor was announced first on “CBS This Morning” on Friday.

For an educator, Smith spends little time at the podium. “I’m moving around with them,” he said about his class. “Sometimes I’ll sit down in the chair with them because I always wanna be cognizant of ‘what did it feel like to be 12?’ Because I believe if I am familiar with that, I can connect with them more. And that’s really what it’s all about, connection.”

For eighth-grader, Rayvon Martin, the connection was important.

“In sixth grade I was like, a troublemaker, and I think I would be even worse,” he said. “But band has helped me a lot and made me focus and made me a better person.”

Rayvon plays the clarinet in Smith’s band class, though as a star on the basketball team, he initially hoped for something cooler, like the saxophone.

Martin told him he would “do best in clarinet.” After initially finding it a “bummer,” he realized he enjoyed the instrument.

Now, the connection paid off for both of them.

Martin himself says that chasing the perfect sound on his first saxophone kept him out of trouble as well. He grew up just two miles from the school, in a small community called Mossville.

“It was a small African-American community that was formed by freed slaves,” he said. “And honestly, is no more now.”

A childhood friend in Mossville got him interested in the school band, and his typically-frugal grandmother Lillie Mae spent $400 on a used saxophone for him. His mother did her best to be supportive.

Martin revealed that his first few notes were so bad, “my mom told me to keep on going outside the house, down the driveway. And then across the street in the woods.”

“Eventually they let me back in the house,” he laughed.

When asked why he chose to use his musical talents for teaching, Martin explained “Oh, it’s so rewarding. Why not teach? Why not teach? I think everyone should have an opportunity to pour into someone else. If you pour your cup empty I think it comes back twice as full.”

Sixth-grader McKenzie Harmon plays the flute and described Martin as “amazing. He makes things fun. He’s super kind to everyone. He gives us a chance. He showed us something that we didn’t think we’d be able to do.”

She is not the only one who seems to share the sentiment – at the beginning of Martin’s 15-year tenure at the school, there were 28 students in the band. Today, there are 146.

Martin still works hard to inspire his students. He said his goal is for them to say, “There’s nothing I can’t do. That little kid from a little town that doesn’t even exist anymore on the other side of the tracks can do it, I can do it too.”

The Grammy Awards air on CBS on Sunday, January 26 at 8pm EST.