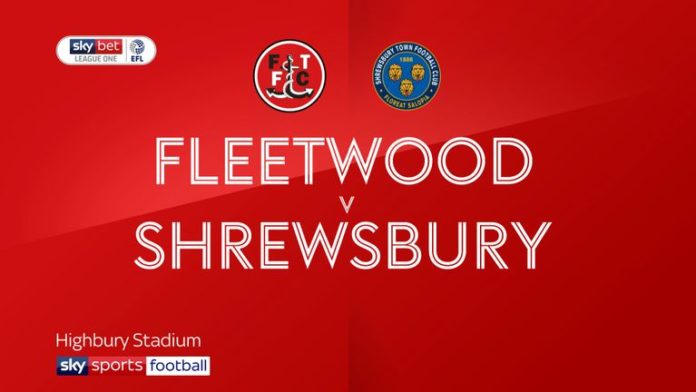 Team news and stats ahead of Shrewsbury vs Liverpool in the FA Cup fourth round on Sunday (kick-off 5pm).

Ricketts must decide whether to give either of his January signings a debut in the televised fixture.

Blackburn defender Sam Hart, who has joined on loan for the rest of the season, was an unused substitute for Saturday’s 2-2 draw at Fleetwood.

On Monday, Ricketts brought in ex-Bolton midfielder Josh Vela on a two-and-a-half year deal after he was released by Hibernian.

Liverpool manager Jurgen Klopp is awaiting news of a scan on Sadio Mane’s hamstring injury. The Senegal international limped off 33 minutes into Thursday’s 2-1 win at Wolves.

Asked if there was any news, the Reds manager said: “No. I think in this moment he is having a scan. He didn’t call me out of the scan.”

Klopp made a number of changes for his side’s 1-0 win over rivals Everton in the third round and will field another weakened team at New Meadow this weekend.

James Milner and Xherdan Shaqiri will not be available but fellow midfielder Naby Keita could return after a groin injury which has sidelined him since the end of December.