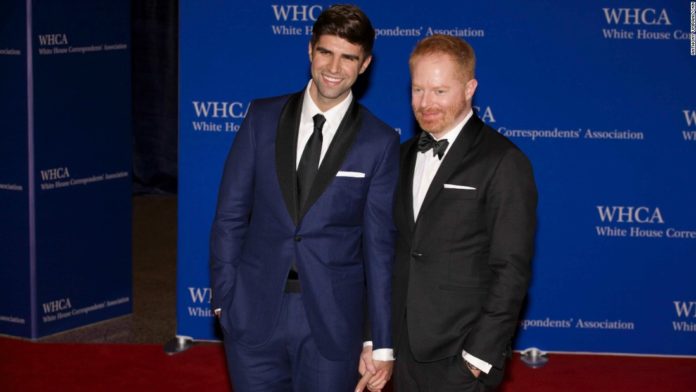 The actor has revealed that he and his husband, Justin Mikita, are expecting their first child.
He announced the news during an appearance on “The Late Late Show with James Corden” on Thursday.
“Actually, this is something I haven’t even mentioned to anyone — if we could just keep it between the three of us and you all — but I’m actually expecting a baby in July with my husband,” Ferguson said, adding, “I’m very excited, but it feels like I’m 44 now, let’s get this show going.”
He joked the sex of the baby was “human.”
Mikita is an attorney and founder of the nonprofit organization, Tie the Knot, which raises money and awareness for marriage equality and LGTBQ rights.
The couple has been married since 2013.
Last year ABC announced had been renewed for an 11th and final season.