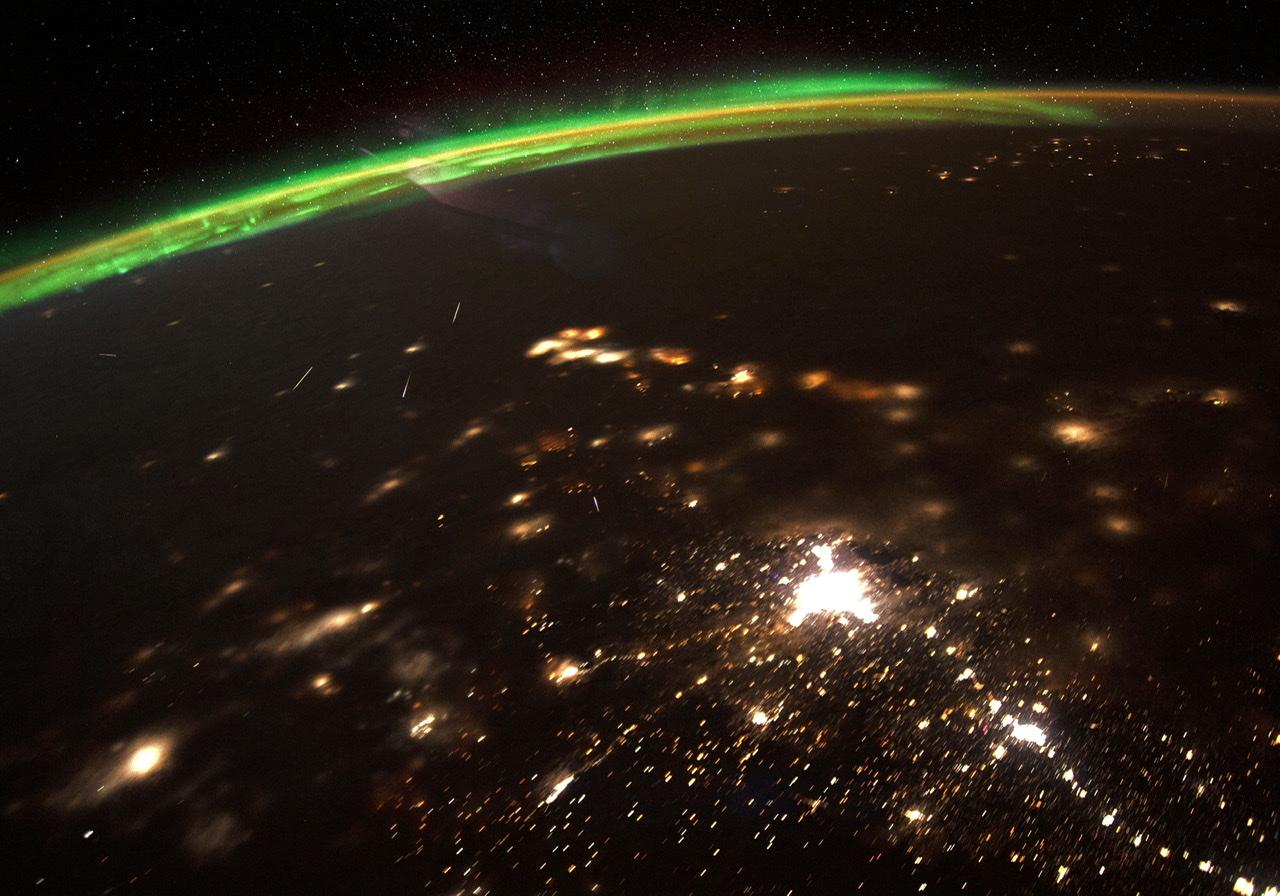 The first thing that caught my eye when I saw this lovely image shot from the International Space Station was the green and yellow curtains of shimmering light — the aurora borealis over northern Canada.

Of course, I also couldn’t miss that very bright splotch of white light — the city lights of Edmonton.

Only when I looked more closely did I see bright linear streaks against the dark background toward the upper left. These are the traces left by meteors burning up as they race through the atmosphere. (For a larger version of this image, please go here.)

I’ve looked up into the night sky as meteors punctuated the dark with brief streaks of light. But I cannot recall ever seeing this view: looking down on the phenomenon from space.

That’s what we see in the image above, described by NASA‘s Earth Observatory as a ‘composite’ taken by astronaut Christina Koch as the space station passed over Edmonton around 4:30 a.m. local time on Jan. 4, 2020.

This was the time of the annual Quadrantids meteor shower, produced by asteroid 2003 EH1 — a small body discovered in 2003 that’s only two miles in diameter. On its journey around the Sun, the asteroid sheds dust that spreads out behind it. Earth passes through this debris trail in early January each year, producing the meteor shower.

Most meteor showers come from comets. This makes the Quadrantids a bit unusual. Also noteworthy is the fact that the streaks are from relatively large bits of material shed by the asteroid, creating bright fireball meteors. Most meteor showers are produced by smaller bits of dust.