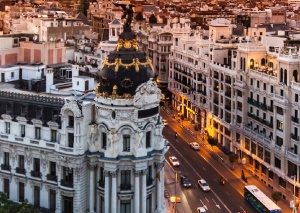 Last year was key for the Iberostar Group, marked by major progress in its commitment to responsible tourism.

Despite economic and political uncertainty, the company ended the year with a revenue of €2.35 billion, five per cent up on 2018.

The figure excludes the results for Almundo.com for both years.

The company has also created 2,000 new jobs, bringing the total worldwide to more than 34,000 employees.

The sale of Almundo.com during the final quarter of last year means that the bed bank and inbound business is now centred in the Iberostar Group subsidiary W2M.

The deal has extended the scope of its activities to include inbound services in a number of countries and has boosted the team following the recent appointment of Gabriel Subías as chief executive.

This year looks set to be an exciting and ambitious year for the Iberostar Group, immersed in consolidating its leadership of responsible tourism through its 2030 agenda.

These new hotels’ form part of the chain’s city hotels segment: flagship buildings in prime locations in the heart of the world’s most outstanding tourist cities.